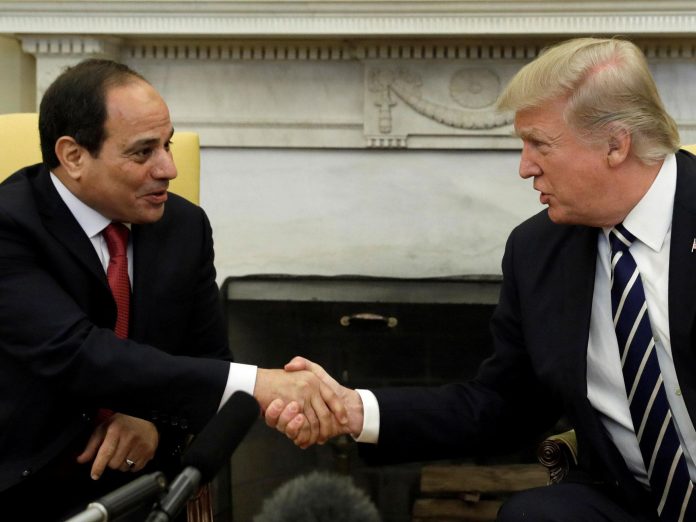 President Donald Trump is mulling a proposal to create a Palestinian state in Egypt’s Sinai Peninsula that would significantly expand the territory of the Hamas-ruled Gaza Strip, the Egyptian newspaper Al-Masry Al-Youm reported Saturday.

The report stated that Egypt would allocate around 450 miles of land near Rafah and El Arish in order to triple the size of Gaza along the Mediterranean coastline.

In return, the Palestinians would allow Israel to retain 12 percent of the land in Area C of the disputed West Bank territories, including Jewish communities such as Ofra, Kiryat Arba and the Ariel bloc.

Within the framework of the proposal, Israel would also give Egypt land in the Negev desert near Nahal Paran and Egypt would be permitted to dig an underground tunnel linking its territory with Jordan.

Reports of a Palestinian state being established in the Sinai have circulated since September 2014. At the time, Egyptian President Abdel-Fattah El-Sisi reportedly offered Palestinian Authority President Mahmoud Abbas a state in the peninsula, but Abbas rejected the proposal.

“If you don’t accept this proposal, your successor will,” El-Sisi purportedly told Abbas in 2014.