A senior US State Department official said there is growing fear among Obama administration officials ahead of an IAEA report indicating considerable progress in Tehran’s development of its military nuclear program which is set to be published in November.

The US is concerned that the report may trigger Israeli actions against the Islamic Republic which may not necessarily be in line with US interests in the region.

The official said that Washington’s reevaluation of an Israeli strike in Iran is based on various maneuvers Israel has performed in the past few years.

The US administration is now bent on exercising more pressure on Tehran in order to dissuade Israel from this path, the source said.

Washington is therefore pressing China and Russia who are currently opposed to the publication of the IAEA report. The report may cause embarrassment to both countries who are strongly against harsher sanctions on Iran.

According to the US official, it is possible that the report, coupled with the exposure of the US evaluation of Israeli potential to strike Iran, will encourage Russia and China to support the US initiative to aggravate penal measures against Tehran.

US concern over an Israeli move is so great, the official said, that Washington is working on several levels to pressure the Security Council.

This includes appealing to the Security Council to condemn Iran for its attempt to assassinate the Saudi ambassador to Washington.

Last week, it was reported that many Israelis are concerned that Prime Minister Bibi Netanyahu and Defense Minister Ehud Barak decided on an attack on Iran’s nuclear reactors. The US is naturally also concerned over such plans which may send the entire region into a whirlwind.

On Shabbos, the New York Times reported that the United States plans to bolster its military presence in the Gulf after the withdrawal of its troops from Iraq.

Citing unnamed officials and diplomats, the newspaper said the repositioning could include new combat forces in Kuwait able to respond to a collapse of security in Iraq or a military confrontation with Iran. 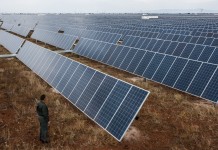