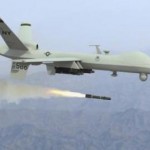 Yediot Achronot reports that the US administration has halted a shipment of Hellfire aerial anti-armor missiles to Israel, the Wall Street Journal reported on Wednesday, citing government sources.

The sources noted that Israel had requested the transfer of ammunitions directly from the Pentagon, without receiving the approval of the White House or State Department officials.

According to the sources, White House officials were concerned about Israel’s use of artillery, instead of precision-guided munitions in the more densely populated areas in the Gaza Strip.

The paper describes a long line of battles between the administration of US President Barack Obama and the Israeli government led by Prime Minister Netanyahu, noting relations between the two countries have reached another low point. Obama and Netanyahu reportedly had a “particularly combative” phone call on Wednesday.

US officials are quoted by the Journal as saying the current Gaza conflict has “persuaded them that Mr. Netanyahu and his national security team are both reckless and untrustworthy.”