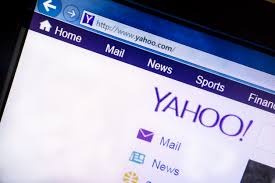 Yahoo reportedly built a custom software program designed to search customers’ arriving emails for information on behalf of U.S. intelligence officials, according to Reuters. The company evidently went along with a U.S. government directive, which was confidential, and sifted through Yahoo Mail accounts for the FBI and the National Security Agency.

Three separate sources reportedly confirmed the action to the news site. The report may mean the first time that an American internet company has agreed to such an extensive demand by a U.S. intelligence agency. Read more at REUTERS.