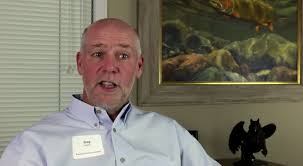 Republican businessman Greg Gianforte was ahead in Montana’s sole House district in a special election Thursday with more than half the vote counted, on track to keep a seat in Republican hands despite facing assault charges for allegedly attacking a reporter who’d asked him about the GOP’s health-care bill.

A victory for Gianforte would offer some relief for Republicans, who have struggled to sell the American Health Care Act and worried that a defeat would spark a panic about the party’s agenda sinking it in 2018 elections.

But it was a closer call than the party had expected when it tapped the multi-millionaire to run in a state President Donald Trump carried by 20 points, and when Democrats nominated folk singer Rob Quist instead of an experienced politician.

Turnout patterns, late-breaking news, and a notoriously slow-paced ballot count had turned what once seemed to be a safe Republican seat into one Democrats hoped they could snatch away.

Nonetheless, Democrats prepared to claim victory no matter the outcome.

A win for the Democrat, cowboy-poet Rob Quist, would have givne his party its first major victory during the Trump presidency – and deliver a House seat held by Republicans for more than 20 years. But a victory for Gianforte, will be spun as fresh evidence of GOP decline.

The Democrats have pointed to two big challenges facing Trump and Republicans on Capitol Hill as the reasons for their success: a series of damaging headlines regarding the FBI investigation into ties between the Trump campaign and Russia, and the declining popularity of the Republican plan to overhaul the nation’s health-care system.

Thursday’s outcome could blunt the much-needed momentum they were hoping for as they head into a special election in Georgia next month, another in South Carolina, and the midterms of 2018.

Still, Democrats were prepared to claim a small victory in pushing Republicans to the edge for a seat that is normally an easy win for them. And they were ready to take advantage of the baggage that Republican Gianforte will deliver to the House Republican Caucus: his citation, late Wednesday, for allegedly assaulting a reporter at his campaign headquarters here.

Nontheless, a loss leaves Democrats to explain why, after elections in Kansas, Georgia, Nebraska and now Montana, they still haven’t put a clear win on the board.

In-person voting began across the state just hours after Gianforte allegedly “body-slammed” Guardian reporter Ben Jacobs, who was trying to ask him a question about the House Republican health-care plan. Gianforte has been charged with misdemeanor assault.

“I’m glad I waited to vote until today,” Wolf Redboy, 43, a software marketer and musician from Missoula, who backed Quist, said Thursday. It was the first election he’d voted in since 2012. “I couldn’t believe what I was hearing in that tape. There are lots of words that come to mind for people who want to treat reporters that way.”

Gianforte has not apologized for the incident, which upended the race considered by many to be a bellwether for Republicans’ political chances in the era of Trump.

The scuffle was caught on tape by the reporter and witnessed by a Fox News reporting team. Gallatin County police announced the charges late Wednesday after the Guardian published the recording.

As three major newspapers pulled their endorsements of the technology entrepreneur and some early voters sought in vain to change their ballots, GOP leaders urged Gianforte to apologize in an attempt to control the damage.

“There is no time where a physical altercation should occur,” House Speaker Paul Ryan, R-Wis., said at his weekly news conference on Capitol Hill. “It should not have happened. Should the gentleman apologize? Yeah, I think he should apologize.”

Sen. Steve Daines, R-Mont., one of Gianforte’s closest allies in Montana politics and a former co-worker at his Bozeman company, called his actions “unacceptable” and agreed that he should apologize.

“I do not condone violence in any way,” Daines said in a statement and television interview.

“That’s his model. Donald Trump’s his model,” Pelosi said. “How do you explain that to children? ‘You ask a question and I’ll strangle you?’ I mean, really.”

In interviews at Quist’s final rally, at a Missoula microbrewery, voters were skeptical that the attack could change the race. Gianforte entered the contest with high negative ratings and an image as a hard-charging bully who had sued to keep people from fishing on public land near his home. He haddeflected attention from his low approval numbers with ads attacking Quist over unpaid taxes.

“Greg thinks he’s Donald Trump,” said Brent Morrow, 60. “He thinks he could shoot a guy on Fifth Avenue and get away with it.”

Still, the assault charge was the biggest political story in Montana. The Billings Gazette, which serves Montana’s largest city, told readers that it had made a “poor choice” by ignoring “questionable interactions” the candidate has had with reporters in the past.

The Helena Independent Record, which serves the state’s capital city, wrote that the concepts of democracy and press freedom were “under attack” by Gianforte.

And the Missoulian newspaper, which had taken heat from readers for backing Gianforte, pulled its support and suggested that the candidate, who narrowly lost a race for governor last year, should bow out of public life.

As word spread of the alleged assault in Bozeman, some supporters who had been knocking on doors for Quist began playing voters the audio clip. The Democratic Congressional Campaign Committee, which has invested more than $500,000 in the race, called for Gianforte to quit the race and released a last-minute radio adfeaturing Jacobs’s audio of the incident.

A spokeswoman for the Montana secretary of state said it was not possible for early voters to recast their ballots in light of Gianforte’s actions. The office received a dozen phone calls from early voters on Thursday morning wondering whether they could revote, and reports suggested that local election officials had received a wave of similar calls.

“In Montana, we vote only once,” Christi Jacobsen, chief of staff to Secretary of State Corey Stapleton, wrote in an email. “Once you voted you can’t change your vote.”

The polls were scheduled to close at 10 p.m. Eastern time.

In the recording, Jacobs can be heard asking Gianforte to respond to the newly released Congressional Budget Office score of House Republicans’ American Health Care Act, a bill Gianforte has said he was glad to see the House approve.

After Gianforte tells Jacobs to direct the question to his spokesman, there is the sound of an altercation and Gianforte begins to shout.

Back in December, the Trump administration’s decision to tap Zinke was not initially seen to put the seat in play. Trump easily won Montana’s three electoral votes in 2016, and Republicans won nearly every statewide office, appearing to wipe out the party’s bench of credible candidates.

Quist surprised both parties by running – and by securing the Democratic nomination. A supporter of Bernie Sanders’s 2016 presidential bid, he told activists he backed Canadian-style single-payer health care, and he waxed to local reporters about whether taxes should be raised on the rich, whether military spending should be slashed and whether assault weapon owners should register their guns.

In the first months of the race, Quist raised just $900,000 and appeared to be written off by Washington Democrats. Republicans attempted to define the candidate before he could go on the air, with the opposition research group America Rising paying a tracker to follow Quist, and the Congressional Leadership Fund super PAC hiring a researcher to dig up damaging stories about the musician-turned-politician’s tax problems.

“We knew that because Rob Quist was an unknown quantity with voters, we had the ability to define him negatively out of the gates,” said America Rising chief executive Colin Reed.

But after the failure of the first version of the AHCA in March, Quist’s fundraising surged, adding up to more than $5 million by the final pre-election report – outmatching Gianforte, whom Republicans had hoped would self-fund his campaign.

The American Health Care Act, the Republican replacement for the Affordable Care Act, had become the dominant issue in the campaign. In the closing days of the race, Quist focused his events and TV ads on his opposition to the Republican bill and brought in Sanders, I-Vt., to help promote his position on U.S. health care: universal coverage.

Gianforte struggled to talk about the AHCA. In public, he said that he would wait to weigh in on the legislation until the CBO score was released and assured him that protections for people with preexisting medical conditions wouldn’t be scrapped. On a call with donors that was leaked to newspapers including The Washington Post, the Republican said he was “thankful” for the House’s vote that moved the bill forward.

At campaign stops and on TV, the soft-spoken Quist either rebutted Republican attack ads or attacked the GOP’s health-care bill, hitting Gianforte especially hard on his remarks on the donor call.

“Greg Gianforte says he’s thankful for the new health-care bill, the one that eliminates protections for preexisting conditions and raises premiums on every Montanan who has one, because he gets a big tax break at our expense,” Quist said in his closing spot.
(c) 2017, The Washington Post · David Weigel, Elise Viebeck