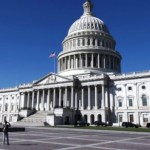 Republicans in Congress are preparing several bills to sanction Iran even if the Congressional vote next month doesn’t go their way. “The American people get who the Iranian regime is,” said Rep. Mike Pompeo (R-Kan.), one of several Iran deal critics developing new sanctions proposals.

The proposals seek to capitalize on the administration’s promise to keep up pressure on Iran for its non-nuclear mischief, including over its support for regional terrorism and its human rights record.

Nuclear experts said the bills could have an effect even if they were not voted on. Mark Dubowitz, executive director of the Foundation for the Defense of Democracies, said that a debate over new sanctions legislation would send a signal to banks and companies all over the world “to basically raise the risk of premature commercial and financial engagement with Iran.”