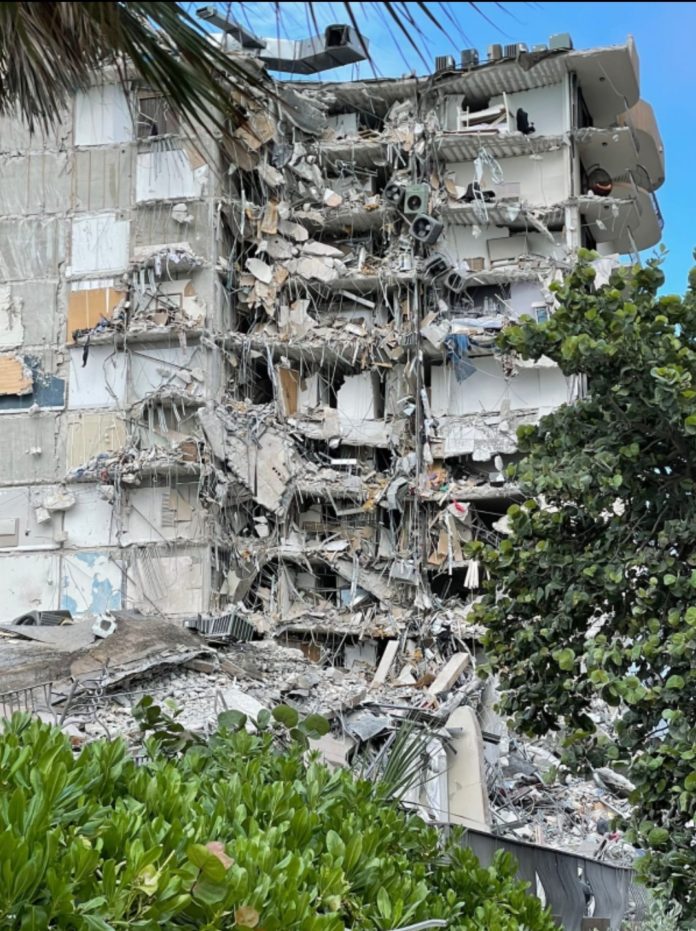 Officials say they have put a temporary halt to search-and-rescue efforts at the site of the Surfside, Florida building collapse over concerns that the remaining standing section of the Champlain Tower.

The concern over the stability of the remaining section of the tower arose after rescue workers heard cracks in the standing structure.

Officials say the stop is temporary and emergency rescue workers will return to their efforts as soon as they can.

The death toll remains at 18, with 145 people unaccounted for.