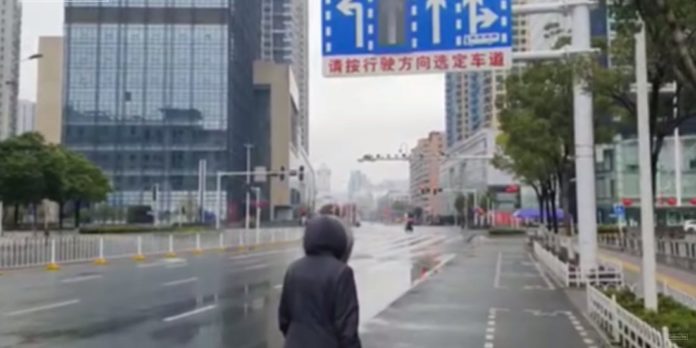 It is one of the many mysteries of the coronavirus pandemic: Why has the death toll from covid-19 apparently been lower in Asia than in Western Europe and North America?

Even allowing for different testing policies and counting methods, and questions over full disclosure of cases, stark differences in mortality across the world have caught the attention of researchers trying to crack the coronavirus code.

Parts of Asia reacted quickly to the threat and largely started social distancing earlier on. But researchers are also examining other factors, including differences in genetics and immune system responses, separate virus strains and regional contrasts in obesity levels and general health.

– What are the numbers? China, where the virus emerged late last year in Wuhan, has recorded fewer than 5,000 deaths, which translates to three deaths per million inhabitants. Japan has around seven per million, Pakistan six, South Korea and Indonesia five, India three and Thailand fewer than one per million. Vietnam, Cambodia and Mongolia say they have recorded zero covid-19-related deaths.

Compare that with about 100 deaths per million in Germany, about 180 in Canada, nearly 300 in the United States and more than 500 in Britain, Italy and Spain.

Scientists at Japan’s Chiba University plotted the trajectory of the virus across the world and said they noticed stark regional disparities.

“That means we need to take into consideration regional differences first, before analyzing what policies and other factors are affecting the spread of infection in any given country,” said Akihiro Hisaka of the university’s Graduate School of Pharmaceutical Sciences.

– The conventional wisdom: The baseline assumption, at the moment, is that the virus – officially SARS-CoV-2 – mutates the way all viruses do and is just as innately contagious and lethal in one part of the world as in another.

“We are all facing the same bug with the same general arsenal of immune responses,” said Jeffrey Shaman, an epidemiologist at Columbia University. “There are differences in testing, reporting, control from country to country. And there are differences in rates of hypertension, chronic lung disease, et cetera, on a country-by-country basis.”

Part of the reason for the high number of deaths in the United States and Western Europe may lie in an initial reluctance to react to an epidemic that seemed distant and unthreatening. In Asia, meanwhile, previous experience with the SARS and MERS epidemics enabled much faster responses to the new threat.

Taiwan, for example, has been widely praised for its speedy response to the epidemic, including early screening of air passengers from Wuhan. South Korea built a massive program of testing, tracing and isolating patients.

But in Japan and India, two very different countries, the relatively low death toll has baffled many scientists. Similar mysteries have emerged from Pakistan to the Philippines.

– Weather and culture a reason? Hot and humid weather could be a factor in places such as Cambodia, Vietnam and Singapore. Several studies have suggested that heat and humidity can slow, although not stop, the spread of the virus, just as is seen with influenza and with coronaviruses that cause common colds. But some equatorial countries, including Ecuador and Brazil, have seen many cases and deaths linked to covid-19.

In Japan, which has the world’s oldest population, different reasons are being explored.

There is a widespread belief in Japan that good hygiene and habits, like wearing masks and avoiding handshakes, helped slow the spread of the virus, while universal health care and the country’s emphasis on protecting the elderly may have lowered the death toll.

– What about different strains? Research by a team at Cambridge University showed how the virus mutated as it left East Asia and traveled to Europe, noting the possibility that the initial strain may have been “immunologically or environmentally adapted to a large section of the East Asian population” and needed to mutate to overcome resistance outside that region.

Peter Forster, the geneticist who led that study, said there is “very limited clinical data” on how the various virus strains interacted with different populations. He noted, however, that the question “should be followed up” on whether different strains explained contrasting mortality rates.

A team of scientists at Los Alamos National Laboratory also argued that a more highly contagious strain of the virus has taken hold in Europe and spread in the United States – but other experts have said the significance of emergent strains remains unclear.

“It could just be an accident that whoever had that mutant went to the most rock festivals and nightclubs and transmitted to the most people,” said Jeremy Luban, a virologist at the University of Massachusetts Medical School. “But the other possibility is that that strain is more transmissible.”

– Genes and immune systems: Nobel laureate Tasuku Honjo, a Japanese physician-scientist and immunologist, said people with Asian and European ancestry have enormous differences in the human leukocyte antigen (HLA) haplotype, genes that control the immune system’s response to a virus.

That might help explain lower Asian death rates, he said, but is unlikely to be the only reason.

Scientists at Chiba University said a whole range of possible genetic factors might condition the body’s response to the virus and deserved further study – even while stressing that there is no evidence yet to back up the idea.

Tatsuhiko Kodama of the University of Tokyo said preliminary studies show that Japanese people’s immune systems tend to react to the novel coronavirus as though they had previous exposure, and notes that there are centuries of history of coronaviruses emerging from East Asia.

“The enigma of lower death rates in East Asia can be explained by the presence of immunity,” he said.

Other studies have suggested that rates of Bacille Calmette-Guerin (BCG) vaccination might have played a role, because the anti-tuberculosis shot can potentially cause immune-boosting response at the cell level.

“Our hypothesis is that BCG, plus infection or exposure to TB, would be protective,” said Tsuyoshi Miyakawa of Fujita Health University.

But Japan has a record of BCG vaccination similar to that of France – albeit with a different strain of the vaccine – and yet a very different covid-19 mortality rate.

Experts are divided, but clinical trials are underway.

Megan Murray, an epidemiologist at Harvard Medical School, said another factor worth exploring is differences in microbiomes – the trillions of bacteria that reside in a person’s gut and play a huge role in immune response.

– Obesity under study. But don’t discount random chance. There’s something else that many Asian countries have in common – much lower rates of obesity than in the West.

Obesity is a leading risk factor for serious covid-19 illness. Just over 4% of Japanese people are classified as obese, and less than 5% of South Koreans. That compares with 20% or more in Western Europe, and 36% of people in the United States, according to the World Health Organization.

But random chance is also at play. Russia, for example, looked remarkably unscathed by the virus for a couple of months, and now it’s a hot spot. Cases are now rising in India after a relatively flat curve.

All the epidemiological research on the virus suffers from incomplete data, and any conclusions drawn from the initial numbers may melt away as new data emerges. It is still early in the pandemic, experts say, and the hard-science questions take time.

In any case, it doesn’t change the need for every country to remain on high alert.

“All of the strains that are circulating on the planet,” said UMass professor Luban, “seem to be capable of killing people.”