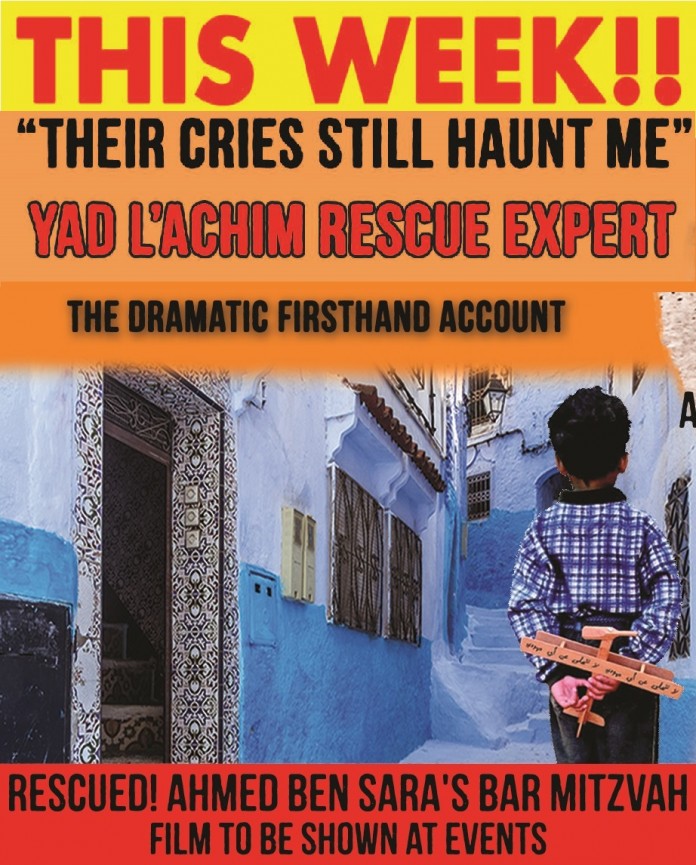 NEXT WEEK: CULT SURVIVOR AND ARAB VILLAGE RESCUER TO SPEAK NEAR YOU

A member of a Yad L’Achim rescue team who has delivered Jewish women and children from Arab villages and a former cult member who has made his way back to Judaism will be appearing in New York to tell their stories!

Yoav Goldfein, a Yad L’Achim expert on rescue operations, will be appearing on an American stage for the first time with dramatic deals on what goes into the planning and execution of such missions – Pidyon Shvuyim in action! A short film depicting an actual rescue will be shown.

The evening will also feature A. Schiff, “THE MAHARAM SCHIFF’S GRANDSON WHO RETURNED,” who will share the story of how he got involved in the “Messianic Jews for J. Cult in Eretz Yisrael” and then made his way back to Judaism. He reveals details of how the missionaries operate, the lies they tell, the vulnerable Jews they target – and how to fend them off.

In addition to these two riveting talks, there will be two special film presentations. “Rescued! Ahmed Ben Sara’s Bar Mitzvah” will highlight the journey of a young boy from an Arab village to a life of Torah and freedom. Plus “The Children of Yad L’Achim” presents offers a first glimpse at the angelic faces of hundreds of Jewish children rescued by Yad L’Achim.

Speakers will also share important advice on how to protect yourself and your children from the trials and tribulations of our times. Rav Dovid Goldwasser will speak on “How to Change Your Life in Three Minutes.”

The first event, which will take place on  SUNDAY, MAY 29, AT BAIS YAAKOV HIGH SCHOOL, 4420 15TH AVENUE  will have separate times for men and women. The men’s event will begin at 3 p.m. and the women’s event at 8 p.m.

After Sunday, the events will be for men and women simultaneously, but with separate seating:

MONDAY, MAY 30 – THE FIVE TOWNS, AT THE YOUNG ISRAEL OF LAWRENCE CEDARHURST, 8 SPRUCE ST. 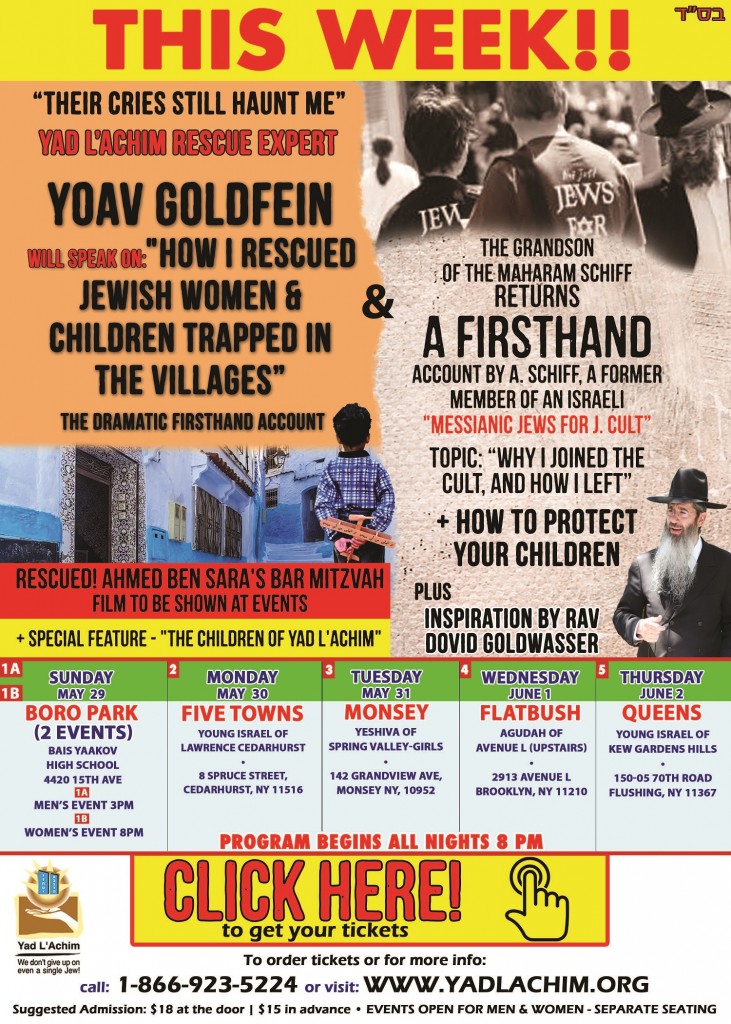 FOR MORE INFORMATION AND TO RECEIVE A DISCOUNT ON TICKETS, CALL YAD L’ACHIM AT 1-866-923-5224 OR VISITWWW.YADLACHIM.ORG.