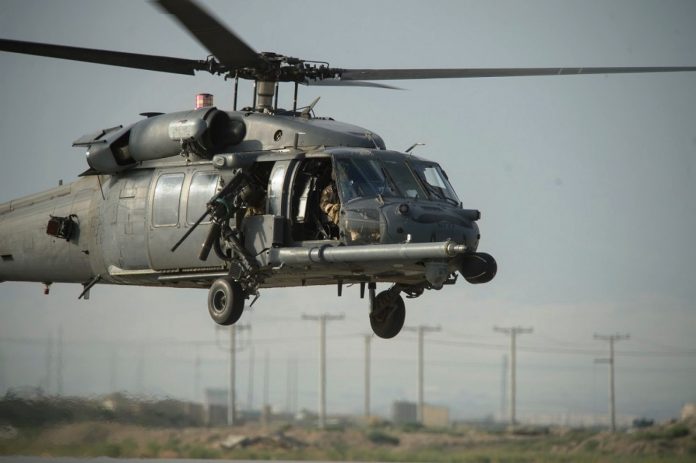 A flight of military aircraft conducting “routine training” appeared Tuesday over midtown Manhattan with little notice, prompting a flurry of speculation on social media about what they were actually doing.

The aircraft, a four-engine C-130 variant, and at least two HH-60 Black Hawk helicopters, circled midtown for approximately an hour at about 3,000 feet, according to social media posts about the incident and publicly available flight radar data. Notify NYC, the citywide alert system, usually notifies residents in cases of aircraft flying in usually restricted airspace over the city. A number of residents on Twitter said they did not receive an alert.

U.S. Air Force Col. Nicholas Broccoli, the vice commander of the Air National Guard’s 106th Rescue Wing that is based out of Westhampton, New York, said the aircraft flying over New York belonged to his unit and that they were conducting “standard military training.” When first contacted, Broccoli did not know of the flights. Later, he explained the crews had received proper approvals before their flights, but he would not go into details about the training or its purpose.

In a statement, Federal Aviation Administration spokeswoman Laura Brown said the flights were “authorized” and were coordinating with FAA air traffic control.

Former Air Force pararescueman Matt White said that the flight of two HH-60s and a C-130 are common configuration for pararescue missions. The C-130 usually serves as a tanker for the helicopters in case they need to refuel on longer missions.

Air Force Rescue Wings, such as the 106th, deploy aircraft and pararescue specialists to recover wounded troops from battlefields and other hostile environments. In October 1991, a helicopter from the 106th was forced to ditch into the Atlantic after it was unable to refuel in what would later be famously called “the Perfect Storm.”