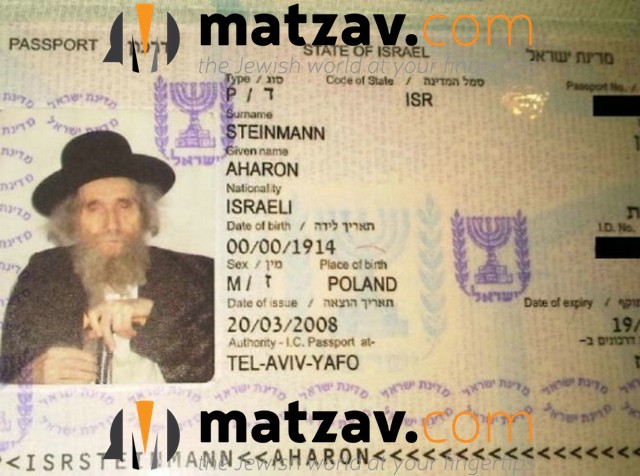 If until now it was unclear just how old Rav Aharon Leib Shteinman is, the mystery has been solved with the release of the rosh yeshiva‘s passport, Matzav.com Israel has learned.

The passport was issued in 2008 when Rav Shteinman went on a trip to France and the United States.

According to the passport, Rav Steinman’s year of birth is 1914. The month and day of his birth is not detailed.

In addition, the passport indicates that his birthplace is Poland.

The simple math shows that the rosh yeshiva is now 102 years old. May he merit continued arichus yomim veshonim.