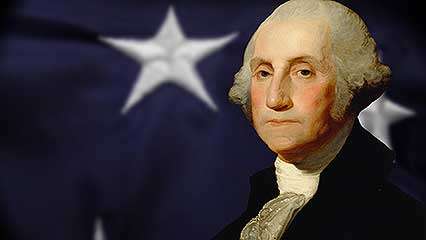 Rioters tore down a statue of George Washington in Grand Park near Los Angeles City Hall on Thursday evening, the latest monument to fall in the ongoing left-wing demonstrations around the country.

The monument to the first President of the United States was apparently vandalized and draped in the American flag when it was toppled.