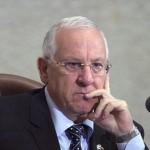 Israeli President Reuven Rivlin spoke Monday evening at the Eli Horowitz of Economics and Society Conference in Haifa, where he criticized the government’s economic policy.

According to the president, the Israeli public has made their “dissatisfaction with the existing economic and social systems” loud and clear in the last three years.

“When many citizens feel that under the present conditions of the social and economic systems, they are unable to grow and develop – it is a strategic threat,” he said.

Rivlin added that “with or without a diplomatic agreement [with the Palestinians], Israel will continue to invest significant portions of the budget, for the benefit of investment in defense, research, development and procurement. ”

Rivlin criticized the populist statements made in the past ​​by Finance Minister Yair Lapid. “We’ve learned in the last three years that the public treasury is not found with the chareidim just as it is not found in the settlements. This is a dangerous concept,” explained the president. “Turning an accusing finger to this or that sector could plunge us all into a struggle. This, at a time when it is clear that the solution to the challenges before us depend on cooperation.”