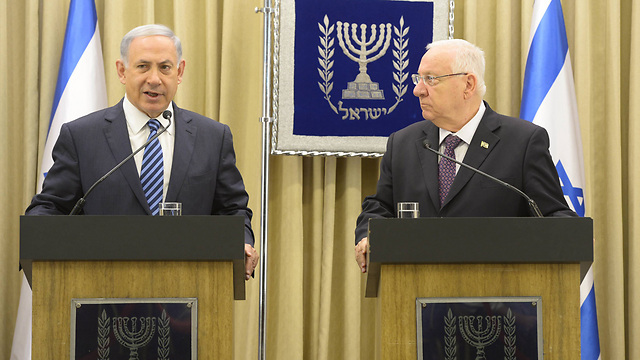 President Reuven Rivlin on Monday gave Prime Minister Benjamin Netanyahu the first crack at forming a government but noted that he was doing so reluctantly, both because no party leader appeared to have enough support to succeed at cobbling together a ruling coalition and because he had “moral and ethical” reservations given that Netanyahu is on trial for corruption.

In announcing his choice, Rivlin spoke of his moral dilemma in light of Netanyahu’s ongoing corruption trial and the public discourse surrounding it, expressing his fears for the future of the country amid the divides that have resulted in four inconclusive elections in succession.

“This is not an easy decision on a moral and ethical basis, in my mind,” Rivlin said. “And I fear for my country. But I am doing what is required of me as president of the State of Israel, according to the law and to the ruling of the court, and realizing the will of the sovereign – the Israeli people.”