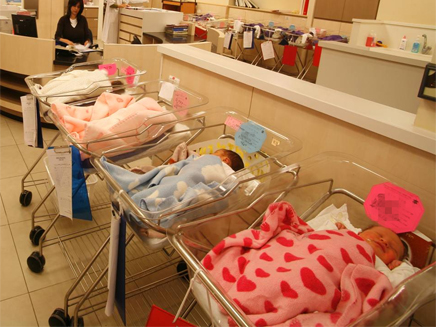 It was why Yaakov Avinu married Leah before Rochel, and it is something that comes up over and over again. Yet, notwithstanding its frequency, people have only vague ideas of when it is okay for a younger sibling to marry first and when it is not.  Some people wonder about the actual source of the practice.  Others aren’t sure as to the parameters of to whom it applies.  Since it is the season to be asking four questions, we thus have a list of four questions that pertain to a younger sibling marrying before an older one:

We will start with the last question first.  Yes, there are actually some nine exceptions to the concept.

Rav Moshe Feinstein zt”l (Igros Moshe Even HoEzer Vol. II #1) has an entirely different approach to the concept discussed.  He writes that, regarding brothers, this issue is only in regard to two of them that have someone available that they can each marry.  Under such circumstances, the elder one is to be married first.  However, when a younger brother has someone available and the older sibling does not – then this issue does not arise at all and it is permitted lechatchilah – ideally.

Rav Feinstein then states that in regard to two sisters, it is not a halacha, but just a minhag.  This author’s family member, in fact, had consulted Rav Feinstein on a case of two sisters and his response was rather lenient.

The Maharash Engel (Vol. VI #102) actually agrees with the position espoused by Rav Moshe zt”l.  Nonetheless, the vast majority of Achronim do not understand the concept in the manner that Rav Moshe does.  The issue seems to revolve around how to read the words of the Shach (YD 244:13).

The Rashbam (Bava Basra 120a) understands the pasuk in Bereishis, “It shall not be done thus in our place  – to give the younger one [in marriage] before the older (Bereishis 29:26)” as the source for the Halacha.

There is a second possible source as well, the daughters of Tzlafchad in Bamidbar 27.  Machlah, Noa, Hoglah, Milkah, and Tirzah either got married in age order or in order of wisdom.  According to the commentaries that understand it as age order, this is a source for our concept.

A third source may be from Rabbeinu Tam’s understanding of the Gemorah in Kiddushin (52b).     He writes that when a person says, “Your daughter is engaged to me” to a person who has two daughters, the marriage is effective and the intent is to the eldest daughter on account of the verse in Bereishis 29:26.

TO WHOM DOES IT APPLY?

The idea applies to both older brothers of brothers and older sisters of sisters.  It is interesting to note that it only applies to the members of the family.  In other words, it is perfectly permitted for a suitor to date the younger sibling.  The issue is just on the younger sibling but not on the would-be spouse.

Regarding the older sister of a younger brother, there appears to be a debate among the Posikim.  The Bach (YD 244) seems to forbid it, while the Maharsham is lenient.  The Chelkas Yaakov (Vol. I #125 cited by HaNesuim K’hilchasam) states that the custom is to be stringent.

Regarding the older brother of a younger sister, there also appears to be a debate.  The Igros Sofrim (#29 citing the Chsam Sofer) is stringent.  However the Chazon Ish and the Steipler Gaon (Orchos Rabbeinu Vol. page 281) were both lenient in such a case.

What about twins?  Does the issue apply to an older twin as well?  The Shulchan HaEzer Vol. I 45:3 states that the issue remains a question.

IS IT A HALACHA?

There are numerous Poskim who state that the entire concept of waiting for a sibling is, in fact, not an actuall halacha, but rather a matter of Derech Eretz, or appropriate ethical behavior.  The Chsam Sofer in a responsa (Vol. VII #23) rules in this manner.  Yet we also find Poskim that understand this concept as an out and out halacha.  This is the indication of the TaZ (YD 208:1), that it is in fact a full halacha.

As in many areas of halacha, we find three important notions here.  The first is that there is a wide range of divergent opinions.  The second is that we should always have a Posaik or Moreh Horaah that will guide us as we travel down the path of life.  The third conclusion is, like much of halacha, there are moral and ethical considerations in every path and decision that we embark.  The goal is to do things in a manner that does not hurt people.

This article first appeared in the Five Towns Jewish Times.