The Rockland Social Services Department has asked for a re-hearing before another judge, arguing the recipients of more than $50,000 in child care money are adult students paid stipends – not employees of the handful of kollelim.

DSS officials also argued the employer doesn’t deduct federal payroll taxes from the paychecks because the recipients are students. Most workers have the taxes deducted.

While the judge’s ruling so far impacts only three families involved with a community kollel associated with the Ramapo village of Kaser, DSS removed a total of 118 families with about 250 children, including those involved with five other kollelim, from the program on the same grounds.

The 93 families involved with five other private religious study centers in New Square and Monsey have not challenged being removed from the program. They are now beyond the 60-day statute of limitations, allowing the county’s determination to discontinue the benefit to stand, DSS officials said.

DSS officials said 22 more families involved with Kollel Emes V’Emunah Viznitz are eligible for hearings. No one at the kollel would speak with a reporter during a visit.

“These are full-time students who study for hours a day and they say they have to be available for a certain number of hours to answer questions from people,” DSS Commissioner Susan Sherwood said. “For us, they are not employees. My thought is it just doesn’t pass the smell test.

“If this is not an abuse, it’s clearly a misuse,” Sherwood said. “At the very least the employer needs to deduct FICA.”

The three families who challenged the DSS determination received $52,450 between Jan. 1 and Oct. 31 in 2013, when they were declared ineligible. The entire program paid out a total of $6.5 million during that same period.

The child care program’s goal is to provide temporary assistance for parents looking for work or who have jobs. Social Services officials noted there is a long waiting list of 381 families with an estimated 700 children seeking child care. An estimated 60 percent are single-family households in the communities of Spring Valley, Monsey and Haverstraw, officials said.

Officials said 511 families with about 1,545 children get assistance through the program, which can’t aid additional families until another family that no longer needs the aid leaves the program.

Read more at THE JOURNAL NEWS. 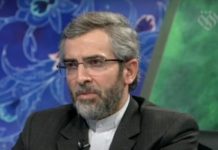 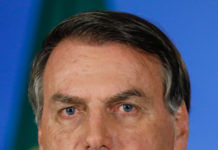