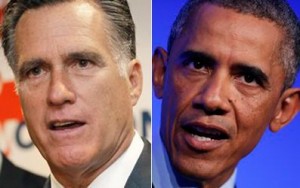 Former Republican presidential nominee Mitt Romney on Sunday ripped into President Obama for his handling of the Islamic State militant group and other foreign policy decisions, accusing the president several times of being “out of touch.”

Romney, who lost to Obama in the 2012 presidential election, eschewed several opportunities during a “Fox News Sunday” interview to revisit his assertions during the campaign that Russia was the United States’ biggest geopolitical threat, in light of Moscow’s recent foray into Ukraine.

Romney said he’s instead focused on U.S. foreign policy today, including what to do about the rise of Islamic State militants.

Romney said Obama has known for at least a year about the Islamic State threat, yet has taken no action and has not developed a strategy to deal with the militants.

“The president has a very different foreign policy than what the United States has had over the past 60 years,” Romney said. “It’s based on common humanity, and humanity is not common. … Bad people do bad things.”