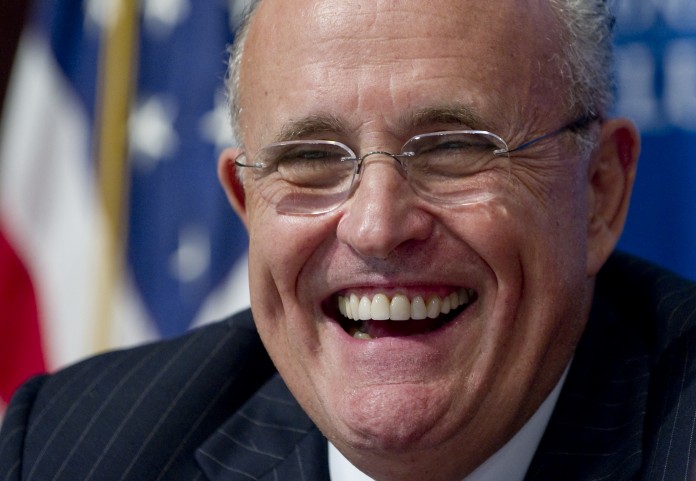 >>Follow Matzav On Whatsapp!<<
Former New York City Mayor Rudy Giuliani was rushed into emergency surgery over the weekend after he fell while on vacation in Long Island.

“I was a catcher from a very young age, and I have suffered with ‘catcher’s knee’ for years, and the doctors said it would deteriorate,” Giuliani told Page Six after he had surgery on his quadriceps tendon. “I tried to get up but [my wife] Judith ordered me not to move. If it hadn’t been for her, the injury would have been a lot worse.”

The former Republican presidential candidate said he is doing better and “already up and limping around.” Read more at PAGE SIX.