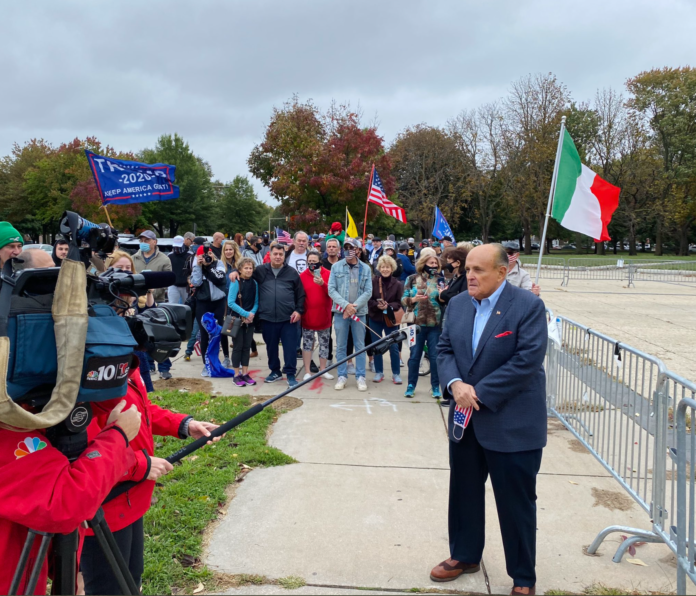 President Trump’s lawyer Rudy Giuliani threw out a blizzard of accusations of what he calls systemic voter ‘fraud’ in the elections – claiming the campaign could launch as many as ten lawsuits, and that he has 50 people who will testify in Pennsylvania although saying ‘I can’t show all of the witnesses’ right now.

The unsubstantiated allegations of a massive multi-state fraud including dead people voting, back-dated votes, and observers barred from their stations comes as another top Trump advisor, Chris Christie, is warning that Republicans won’t follow Trump ‘blindly’ if he doesn’t muster actual evidence.