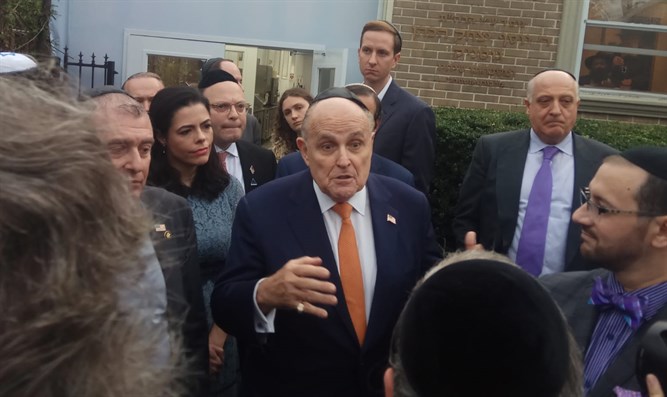 Rudy Giuliani, a close associate of US President Donald Trump and former mayor of New York, on Thursday visited the Ohel of the Lubavitcher Rebbe in Queens.

Giuliani said that the purpose of his visit was to express solidarity with the Jews of the United States after the massacre at the Tree of Life Synagogue in Pittsburgh last Shabbat.

Giuliani, who is known for his support for the State of Israel and the Jewish people, stressed that the Pittsburgh attack was an attack on the entire United States and not just Jews. He also argued with those who sought to blame the anti-Semitic attack on resident Trump.

“To try to blame an act of anti-Semitism on the president is insane…The man who did the shootings had on his website, or whatever it is, that he hates Donald Trump because he has too many Jewish friends. So you can’t win with these people who want to create political problems out of everything, and the president has every right to defend himself and to point out this hatred. The hatred is not coming from the president.”