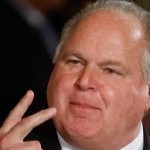 Journalists might want to consider carrying guns to protect themselves on assignment in the wake of the Virginia shooting that claimed a reporter and cameraman, talk radio host Rush Limbaugh said on his syndicated radio show Wednesday.

The comment came as Limbaugh noted how everything in society is now politicized, including the shooting deaths of WDBJ-TV reporter Alison Parker and cameraman Adam Ward on live television by a disgruntled former employee of the station, Vester Flanagan.

“Hillary Clinton’s already come out and politicized this,” Limbaugh noted. “Probably not the first, but she’s the most prominent early on to start shouting ‘gun control, gun control.’ Well, let me suggest that maybe journalists might want to consider arming themselves as they go out now.”

Limbaugh said that, before finding out the shooter was a fellow journalist, there were probably investigative reporters trying to tie the shooting to a conservative political group, such as the tea party.

Limbaugh has often criticized ABC News investigative reporter Brian Ross for his early attempts to tie Colorado movie theater shooter James Holmes to the tea party because a man with the same name was a member of a local tea party group.

Of Wednesday’s incident, Limbaugh said: “Nobody came out and said it, but you could tell by the way they were talking to each other and the fears they were expressing that they thought it might open season on the media and they were ready to go blame [GOP presidential front-runner Donald] Trump for it.

“If you take out the vocations of the people involved, if you had a couple of white people shot by a person of color, you might not even hear about it, and if you did hear about it, there would be maybe not excuses, but rationale,” Limbaugh said. “And we would be advised that it would be worth our time to figure out why the rage was there.”