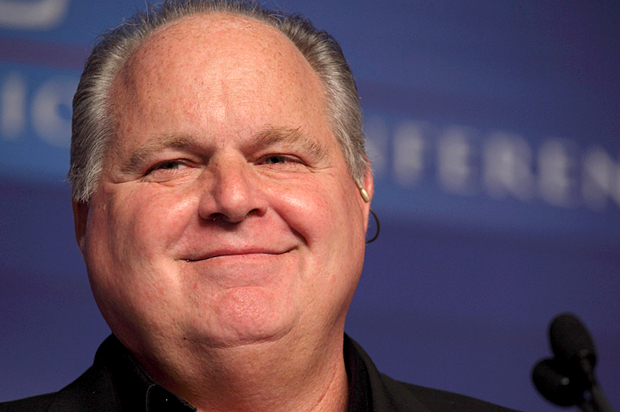 Donald Trump has attained and held his lead in the GOP presidential race by not playing by the rules, and Tuesday’s announcement that he will not participate in Fox News Channel’s debate Thursday shows he can succeed by continuing to do so, conservative talk radio host Rush Limbaugh said on his show Wednesday.

“Everything he’s doing goes against the book,” Limbaugh said. “Everything that any analyst or consultant or professional would tell you not to do, Donald Trump is doing it, and he’s leading the pack.”

Politics, he said, is like any other business, and those who are the “elites” inside it hate outsiders.

“They don’t want outsiders just storming in trying to take over, and much less succeeding at it,” he said. “Like any group of elites, they’re exclusionary. They want to keep people out.”

But Trump has been functioning outside their long-established structure and they haven’t been able to keep him out of the club, and that makes those in charge of the structure feel threatened, Limbaugh said.

The Washington Post’s Chris Cillizza agreed, writing, “What Limbaugh grasps is that there is simply no blueprint for what Trump has done and is doing. No one has ever — or at least in modern presidential politics — said the sorts of things that Trump has said and succeeded.”

Trump choosing to walk away from a debate “on Fox News no less!” is telling, Cillizza says, since the debates are one of the last aspects the elites control.

“The establishment can’t do anything about it. And Trump — and his supporters — love that,” Cillizza said.

Limbaugh said Trump’s methods can easily be found: Simply read his book “The Art of the Deal.”

“In ‘The Art of the Deal,’ one of the things that he makes a huge deal about is being able to know when to walk away and have the guts and the courage to do it,” Limbaugh said.

Trump knows he was savaged after the first debate from questions from moderator Megyn Kelly and sees no reason to give her a chance for a repeat, Limbaugh said. Read more at NEWSMAX.