The Schneerson Library cannot be taken out to the United States from Russia, presidential envoy for international cultural cooperation Mikhail Shvydkoy told Interfax.

“The Schneerson collection is part of the Russian State Library’s collection, which, in turn, is indivisible and cannot be subject to separation,” he said.

“There are no reasons” for moving the collection. These archives have been in the Russian Federation’s ownership all through the 20th century, and cannot be alienated or moved on a permanent basis,” Shvydkoy said.

Pending the settlement of the Schneerson Library issue, no exhibits of Russian cultural values are possible in the United States, he also said.

“It is impossible to imagine a situation involving seizure of Russian cultural values, which is due to the fact, among other reasons, that special conditions must be created to keep them, which is difficult to do in places unfit for this. Therefore, we will not be able to send any of our exhibits to the United States pending solution of the problem,” he said.

A Russian-American agreement is being drafted that would help protect Russian cultural values from third parties’ claims, Shvydkoy said, adding, “The drat will be ready within a month, I think.”

The Schneerson Library is a collection of old Jewish books and manuscripts, put together by rabbis of the Chabad Jewish community in the late 18th century in Belarus. It is one of the Jewish religious relics.

Part of the collection amassed by the Lubavitcher Rebbe, Rav Yosef Yitzchok Schneerson, was nationalized by Bolsheviks in 1918 and ended up at the Russian State Library. The other part was taken out of the Soviet Union by Rav Schneerson, who emigrated in the 1930s.

About 25,000 pages of manuscripts got into the hands of the Nazis, and were later seized by the Red Army and handed over to the Russian State Military Archive.

Lubavitchers have sought the restitution of the Schneerson collection since the late 1980s. According to some reports, at the time Russia’s first president Boris Yeltsin promised to James Baker, Secretary of State in the George Bush Sr. administration, that the holy documents will be returned to the Hasids.

On August 6, 2010, a federal judge in Washington, Royce Lamberth, ruled that Chabad proved the legitimacy of their claims to the ancient Jewish books and manuscripts, which, in his definition, are kept at the Russian State Library and the Russian Military Archive illegally.

Meanwhile, U.S. Ambassador to Russia John Beyrle has assured Russian officials that the U.S. court ruling will not lead to a seizure of Russian cultural values, taken out to the United States for an exhibition. 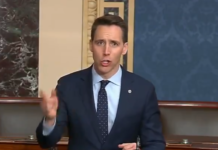 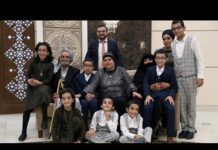