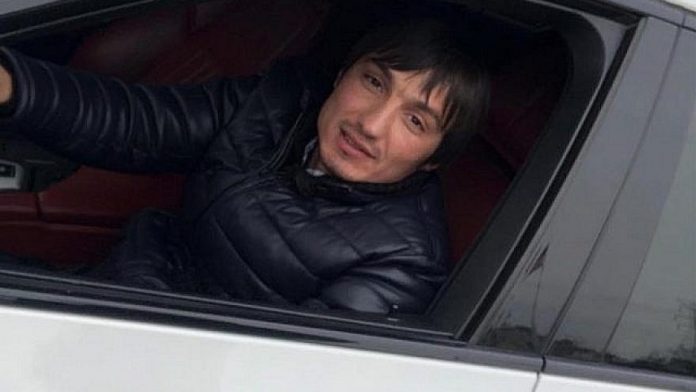 The FBI is looking for a Russian-American man who yelled that he “wanted” to “slaughter” Jews after he failed to report to prison for assaulting a man he thought was Jewish.

Izmir Ali Koch, 34, was sentenced in July to two-and-a-half years behind bars for assaulting the man outside the Mirage Mediterranean Restaurant in Cincinnati on Feb. 4, 2017.

However, U.S. District Judge Susan Dlott permitted Koch, who was convicted of a federal hate crime and lying to the FBI about his role in the attack, to surrender himself the following month at a West Virginia federal prison by Aug. 16.

On that February day, Koch stepped outside with a group of friends and yelled that he hated Jews, “wanted slaughter them” and asked “Who is a Jew?”

A man said he was Jewish (even though it turned out that he wasn’t) and Koch “ran up to him, punched him in the back of the head, sending him to the pavement,” reported the Cincinnati Inquirer, citing court documents.

The man “saw a heel coming at (his) face as he lay on the pavement, while his fiancée screamed,” per the documents, which also mention that another person picked up the man and told him to run “before they kill you.”

Koch and other continued to attack him until someone else pulled him off the victim.

Two years after the attack, the victim has feared retaliation from Koch “and his associates,” according to court documents. He has since moved to a new home for safety reasons.

Despite his conviction, “Koch denies yelling anti-Semitic remarks, denies attacking the victim, denies lying to the FBI, and even denies that the victim and witnesses in this case experienced fear,” said prosecutors in the documents.

Anyone with information about Koch’s whereabouts is requested to contact the FBI’s Cincinnati Field Office at 513-421-4310.