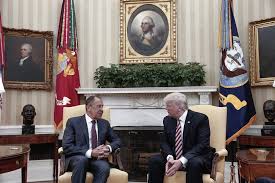 >>Follow Matzav On Whatsapp!<<
Russia condemned Tehran’s remarks that Israel should be wiped off the map,
TASS quoted Foreign Minister Sergey Lavrov as saying on Monday at the opening of the Valdai conference on “Russia in the Middle East,” that “We have stated many times that we won’t accept the statements that Israel, as a Zionist state, should be destroyed and wiped off the map. I believe this is an absolutely wrong way to advance one’s own interests.”
The JPost reports that Dore Gold, head of the Jerusalem Center for Public Affairs and a former director-general of the Israel Foreign Ministry, was in the audience for Lavrov’s statement and noted it was said in the presence of Iran’s Foreign Minister Javad Zarif. Gold considered this to be very significant “because it is blatant criticism by the foreign minister of Russia of their Iranian ally.”
{Matzav.com Israel}