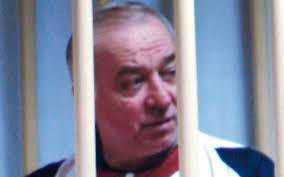 The Russian nerve agent used to poison former spy Sergei Skripal was planted in his daughter’s suitcase before she returned from a trip to Moscow, British investigators said in a report.

Senior intelligence sources told the Telegraph UK they believe the lethal toxin Novichok — Russian for “newcomer “– was placed in an item of Skripal’s clothing, cosmetics or in a gift that was opened in her Salisbury home — to target her double agent dad.

Skripal, 66, and his daughter Yulia Skripal, 33, were found slumped over on a bench in Salisbury, UK, on March 4 and remain in stable but critical condition at a local hospital.