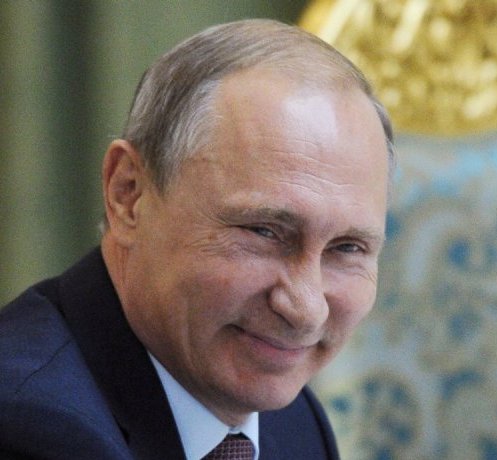 The Senate Intelligence Committee, in a new report on Russia’s interference in the 2016 election, said Thursday that systems in all 50 states likely were targeted in some manner, that the federal government fell short in warning states about the threat and that vulnerability persists heading into the 2020 campaign.

The panel’s investigation found that Russia’s 2016 interference began as early as 2014 and continued into at least 2017, and it echoed findings from other federal officials who have said there is no evidence that any votes were changed or that any voting machines were compromised.

The intelligence committee found that, leading up the election, found that the federal government’s communication with the states about the nature and seriousness of the threat was unsatisfactory. It encouraged the Department of Homeland Security to improve its coordination with state election officials – while stating firmly that states would remain in the lead on running elections.

“State election officials, who have primacy in running elections, were not sufficiently warned or prepared to handle an attack from a hostile nation-state actor,” the report says. The federal government “provided no clear reason for states to take this threat more seriously than any other alert received.”

“We shouldn’t ask a county election IT employee to fight a war against the full capabilities and vast resources of Russia’s cyber army,” Wyden wrote. “That approach failed in 2016 and it will fail again.”

While efforts have been made to improve communication and better secure election infrastructure, the report says the threat “remains imperfectly understood.”

The committee report comes just one day after former special counsel Robert Mueller appeared before the House Judiciary and Intelligence Committees to highlight his report on Russian election interference and delivered similar warnings.

“They’re doing it as we sit here. And they expect to do it during the next campaign,” Mueller said.

The findings constitute just the first chapter of the panel’s two-and-a-half-year-long review of the intelligence community’s determination that Russia intervened in the 2016 president contest to aid President Donald Trump’s chances, as well as its investigation into the role of social media in that campaign, and its assessment of how the Obama administration and the Trump campaign and transition teams responded to it.

The Senate Intelligence Committee’s investigation is the only bipartisan probe of Russia’s election interference, and its findings have the added gravitas of being backed by both parties, despite sharp disagreements between Democrats and Republicans across Congress about whether the Trump administration shares blame for the effects of Russian election interference in 2016.

“In 2016, the U.S. was unprepared at all levels of government for a concerted attack from a determined foreign adversary on our election infrastructure,” panel chairman Richard Burr, R-N.C., said in a statement, noting that both federal and state agencies had “dramatically changed” their approach to securing election systems since then. “The progress they’ve made over the last three years is a testament to what we can accomplish when we give people the opportunity to be part of a solution.”

“Our bipartisan investigation identified multiple problems and information gaps that hindered our ability to effectively respond and defend against the Russian attack in 2016,” panel vice chairman Mark Warner, D-Va., said in a statement. “Since then – and in large part as a result of the bipartisan work done on this issue in our Committee – the intelligence community, DHS, the FBI, and the states have taken steps to ensure that our elections are far more secure today than they were in 2016.”

The report quotes Michael Daniel, who was on President Barack Obama’s National Security Council, saying that by August 2016, he’d concluded that Russia had attempted intrusions in all 50 states.

“My professional judgment was we have to work under the assumption that they’ve tried to go everywhere, because they’re thorough, they’re competent, they’re good,” Daniel told the committee.

“Intelligence developed later in 2018 bolstered Mr. Daniel’s assessment that all 50 states were targeted,” the report states.

The panel recommended that states make improvements to election infrastructure, such as ensuring that voting machines produce verifiable paper ballots. Congress approved $380 million in grants for states to improve their election security systems last year to help that effort.

Democrats have called for further funding, but the report’s recommendations stop short of endorsing that appeal, calling instead for an evaluation of how the existing funds have been spent, before Congress determines how to appropriate additional money.