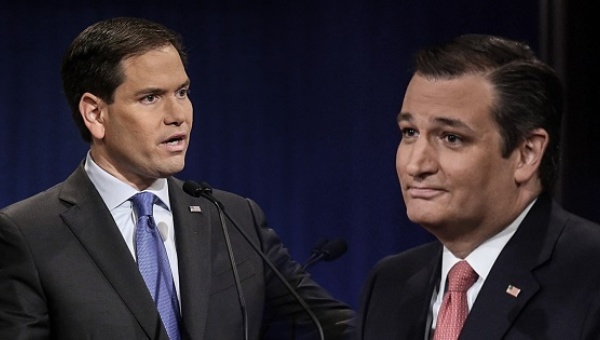 The Ted Cruz campaign has reportedly apologized to Marco Rubio after several staffers shared on social media a story misrepresenting statements the rival candidate made in a video.

Several outlets alleged the footage to show Rubio telling Cruz’s father and a Cruz staffer that the Bible did “[n]ot have many answers” in it, and Cruz communications director Rick Tyler spread the story online via social media. He later deleted it and apologized after a witness confirmed that Rubio never made the comment but was instead praising the scripture.

Teetsel said the exchange actually went like this: “Marco said ‘All the answers are in there.’” He reportedly added, “especially that one.” Read more at Politico.