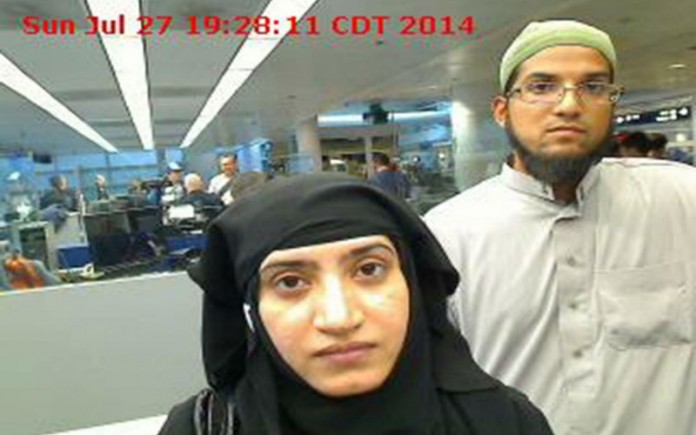 Authorities in California arrested three people on Thursday who are tied to one of the San Bernardino attackers, charging them with lying under oath and participating in a fraudulent marriage. None of the charges directly relate to the terrorist attack last December, but the FBI says these counts directly stem from the investigation into the shooting.

The three people arrested are Syed Rhaeel Farook, 31, brother of one of the shooters; his wife, Tatiana; and Tatiana’s sister, Mariya Chernykh.

A grand jury returned a five-count indictment on Wednesday charging them with marriage fraud conspiracy and lying under oath to gain immigration benefits. In addition, Chernykh was charged with fraud, perjury and making false material.

These arrested were announced by authorities after the FBI executed warrants in two California cities on Thursday stemming from the investigation into the San Bernardino shootings.

A spokesman for the Corona, California, police said Thursday that the FBI had arrested two people at a home in that city, but he said he could not confirm if this was related to the San Bernardino investigation. Farook and his wife have a home in Corona, according to public records.

The warrants served in Corona and Ontario were “stemming from the overall [San Bernardino] investigation,” Eimiller wrote in an email Thursday.

In February, the FBI said that it had served a search warrant at a home in Corona. No arrests were made, and the affidavit for the warrant was sealed by a court, according to the FBI. Local media reports said the home appeared to belong to the brother of Syed Rizwan Farook, one of the two San Bernardino attackers.

After killing 14 people during the Dec. 2 attack, Syed Rizwan Farook and his wife were killed in a shootout with police.