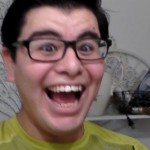 On Wednesday a federal grand jury indicted the friend of one of the San Bernardino shooters on several charges, including conspiring to provide material support to terrorists.

He is also accused of conspiring with Farook in 2011 and 2012 to support a terrorist attack that never materialized.

Furthermore, the indictment accuses Marquez of making false statements to federal authorities and entering into a fake marriage with a member of Farook’s extended family. Read more.