As the Obama administration and its European allies toughened economic sanctions against Iran on Monday – blocking its access to the world financial system and undermining its critical oil and gas industry – officials on both sides of the Atlantic acknowledge that their last-ditch effort has only a limited chance of persuading Tehran to abandon what the West fears is its pursuit of nuclear weapons.

That leaves open this critical question: And then what?

While the United States and Israel have not taken military options off the table, pursuing them is unpalatable, at least for now. Several American and European officials say privately that the most attainable outcome for the West could be for Iran to maintain the knowledge and technology necessary to build a nuclear weapon while stopping short of doing so. That would allow it to assert its sovereignty and save face after years of diplomatic tensions.

While that might seem to be a big concession on the part of the United States, Iran would first have to make even bigger ones: demonstrate that it could be trusted and drop its veil of secrecy so that inspectors could verify that its nuclear work was peaceful, steps Iran has resisted.

In other words, Iran would have to become a country like Japan, which has the capability to become an atomic power virtually overnight, if need be, but has rejected taking the final steps to possessing nuclear weapons. “If you’re asking whether we would be satisfied with Iran becoming Japan, then the answer is a qualified yes,” a senior European diplomat said. “But it would have to be verifiable, and we are a long ways away from trusting the regime.”

Today’s Iran is nothing like Japan, which has a deep aversion to nuclear weapons dating to the atomic bomb attacks on Hiroshima and Nagasaki. And settling for an Iranian state that could quickly produce a nuclear weapon would be hard for the United States to embrace because of Israel’s deep antipathy toward Iran and Western and other nations’ fears of setting off a regional arms race.

On Monday, the 27 countries of the European Union agreed to ban Iranian oil imports in an embargo that will cover crude oil, petroleum and petrochemical products. Separately, the United States Treasury announced sanctions against Iran’s third-largest bank, Bank Tejarat, saying in a statement that the United States was striking at “one of Iran’s few remaining access points to the international financial system.”

The discussion of what to do about Iran is coming in a political arena in which Iran’s nuclear program has become the top foreign policy concern on the Republican presidential campaign trail, with the candidates criticizing President Obama as not being tough enough on Iran.

So far, Iran has deliberately not taken certain technical steps toward building a nuclear weapon, even while it continues to enrich uranium, a senior American official said. He said that Iran’s supreme leader, Ayatollah Ali Khamenei, was using a cost-benefit analysis, adding that the American view was that the ayatollah had not made a final decision about whether to build a weapon.

That means the United States and Europe must be careful to calibrate the impact of sanctions, officials on both sides of the Atlantic said. If sanctions bite too hard, they could cause the Iranian public to rally around the government. A senior intelligence official briefed Mr. Obama on Jan. 9 about new polls in Iran that reflect strong public support for the country’s nuclear program.

In debates at the White House, the State Department and the Pentagon, administration officials say they have gamed out several possibilities, including an alarming one: that tougher sanctions and increased global isolation might compel Iran to decide that the only way to get the West off its back is to speed up its program and become a nuclear power. That could leave the West with no choice but to back off, lest it provoke a nuclear confrontation.

Ray Takeyh, a former Obama administration official and an Iran expert at the Council on Foreign Relations, pointed to North Korea and Pakistan as guideposts for Iran’s possible strategy in pressing ahead with a uranium enrichment program. Both are nuclear states whose stability the West is committed to keeping because of concerns that their nuclear arsenals might fall into the hands of rogue elements.

While Western diplomats point to the Japan model, there is another one – the Libya model – that could serve as a cautionary example for the Iranian government. Col. Muammar el-Qaddafi, the Libyan leader who abandoned his nuclear ambitions to gain favor with the West, was left without a nuclear card to play when regime change was pushed upon him.

“Look at it this way,” said Vali Nasr, an Iran expert and former State Department official in the Obama administration. “These latest sanctions are weakening the regime, but they’re also putting pressure on the regime, which is arriving to the point where the Iranians have no motivation other than to get their nuclear capabilities faster.”

Still, for all the tough talk, American and European officials said the ever-changing events in Iran and in the region, including the move toward democracy in the Middle East, could give negotiations and diplomacy a chance.

American and European officials say that if Iran is still more than a year away from acquiring a nuclear weapons capability, as many experts believe, the sanctions are their only real option, not because they necessarily believe that they will work, but because the other alternatives – a military strike, or doing nothing as Iran acquires a weapon – are unacceptable.

“If there were an alternative to the sanctions, that would be one thing,” said R. Nicholas Burns, the former under secretary of state in the George W. Bush administration who was an architect of the sanctions policy that began in 2006. “But is there? No. If you don’t have a military answer right now, you’re far better off continuing this strategy and trying to see if while doing all this, you can open up the path to negotiations.”

What could also shove Iran to the negotiating table are the kind of covert programs that have slowed its development of a nuclear program. This month an Iranian nuclear scientist, one of at least five who have been killed since 2007, died in a drive-by bombing, which President Mahmoud Ahmadinejad attributed to “the evil hands of arrogance and Zionist agents.”

But Mr. Takeyh warned that at some point soon – maybe in a year, maybe two – tightening the noose in the hope that Iran decides to negotiate could give way to a military strike or a nuclear Iran, or both. “At some point,” he said, “the song stops playing and you’re in a different, and more dangerous, place.” 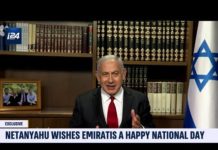