Allies to Bernie Sanders say the Vermont Independent senator is increasingly likely to make a second bid for the White House in 2020 — once again as a Democrat.

“I expect him to run,” said Larry Cohen, the chairman of Our Revolution, a movement formed by Sanders operatives after their candidate lost the Democratic primary to Hillary Clinton in 2016.

Sanders allies increasingly talk more confidently about the likelihood of a second presidential bid. Just a few months ago, the allies were more careful about his potential candidacy.

Jeff Weaver, who served as Sanders’s campaign manager in 2016, added that he’s “convinced” that his former boss “is the strongest candidate.” 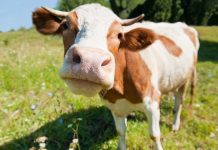