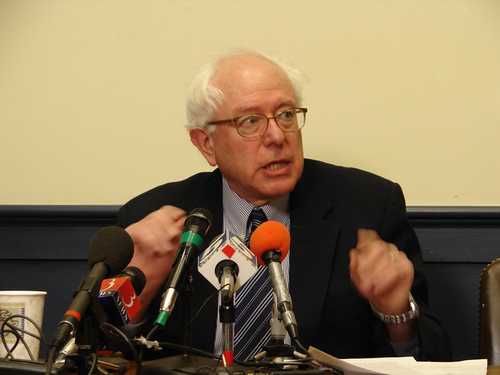 “She may have the experience to be president of the United States. No one can argue that,” Sanders told Chuck Todd on NBC News’ Meet the Press. “But in terms of her judgment, something is clearly lacking.”

The Vermont senator again used her ties to Wall Street money and her vote for the war in Iraq as reasons why she may not have sound judgment.

The line of attack comes after Sanders walked back comments last week that Clinton was unqualified for the Oval Office because of her links to special interest groups, support for the Iraq War and trade deals. In a separate interview that aired Sunday on CNN’s State of the Union, Sanders clarified his comments about Clinton’s qualifications as president. “I have my doubts about what kind of president she would make,” he said. Read more at the New York Times.