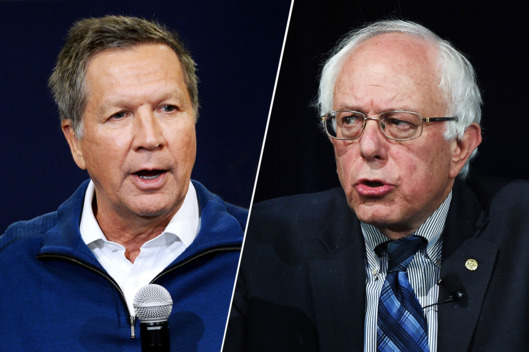 Vermont Sen. Bernie Sanders and Ohio Gov. John Kasich received an early boost in the New Hampshire primary today as the first ballots were cast in the tiny town of Dixville Notch, the AP reports.

Sanders beat rival Hillary Clinton 4-0 while Kasich beat Donald Trump 3-2 for a total of nine votes cast in a tradition that dates back to 1960.

Under state law, New Hampshire communities with fewer than 100 voters can get permission to open their polls at midnight and close them as soon as all those registered have voted.