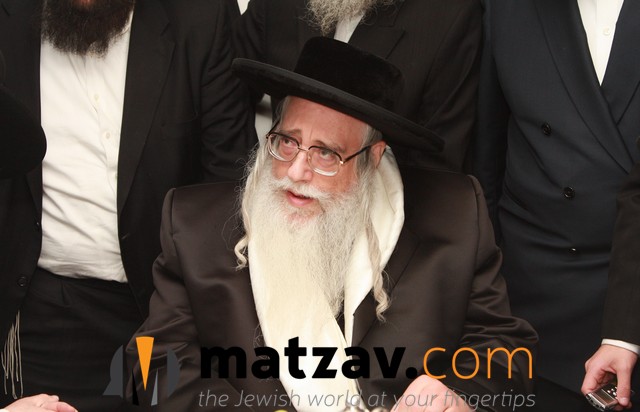 The Sanzer Rebbe of Netanya will be visiting the United States this week.

The rebbe will be visiting his mother, the elder Sanzer rebbetzin, wife of the previous Sanz-Klausenberger Rebbe, the Shefa Chaim.

The rebbetzin, who has been battling ill health, lives in Union City, NJ.

The rebbe is slated to arrive in the US on Thursday and then visit Camp Divrei Chaim-Sanz in the Catskills.

This Shabbos, Shabbos Nachamu, the rebbe will spend a private Shabbos with his mother in the Catskills, along with his brother-in-law, the Zvhiller Rebbe of Union City. The rebbe will not be holding any tishen this Shabbos.

The rebbe is schedule to leave the United States for his return trip to Eretz Yisroel on Monday.

The rebbe generally visits his mother in the United States twice a year.