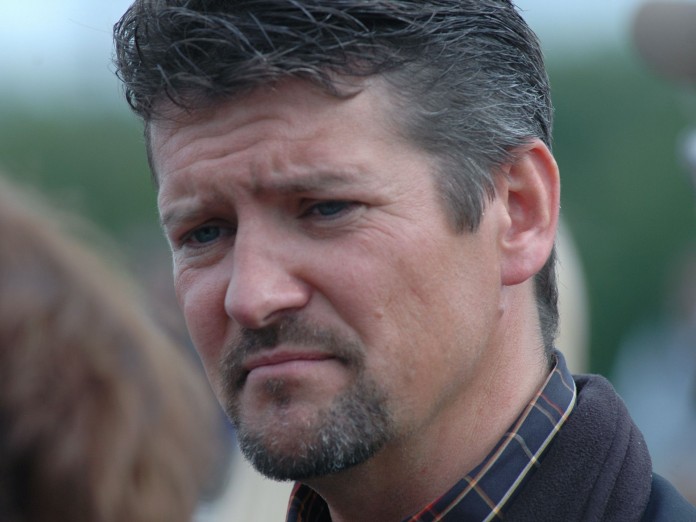 Track Palin, the oldest son of former Alaska governor Sarah Palin, was arrested Saturday night after an alleged domestic violence incident involving his parents in Wasilla, Alaska, according to court records. It was the second time in two years he has been arrested on charges related to domestic violence.

Court records show Track Palin, 28, was arraigned Sunday on charges of burglary, fourth-degree assault and criminal mischief for causing between $250 and $999 worth of property damage. There was no attorney listed for him.

He remained in jail in nearby Palmer, Alaska, as of Monday afternoon.

Track Palin reportedly broke a window to get inside the house and began assaulting his father, the affidavit stated. When police arrived, they found Track Palin moving in and out of the home, calling officers “peasants,” and at one point climbing to the roof through an upstairs window and lying down. After some time, police were able to detain Track Palin “without incident.”

Track Palin later told police there had been a disagreement over a vehicle, and that when he arrived at his parents’ house, he found his father pointing a gun at him through a window.

Track Palin hit his father repeatedly in the head, the affidavit said.

In a statement to KTVA News Sunday, an attorney for the Palin family asked for privacy: “Given the nature of actions addressed last night by law enforcement and the charges involved, the Palins are unable to comment further. They ask that the family’s privacy is respected during this challenging situation just as others dealing with a struggling family member would also request.”