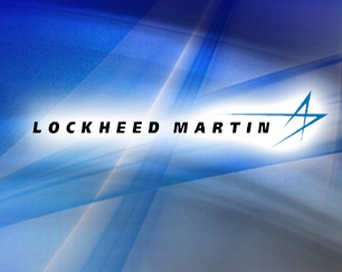 The U.S. has reached a $6 billion deal for Saudi Arabia to buy four Littoral Combat Ships made by Lockheed Martin Corp. in a package of major arms purchases as President Donald Trump travels to the kingdom, people familiar with the transaction said.

The U.S. and the Saudi Ministry of Defense “designed and negotiated a package totaling approximate $110 billion,” Vice Adm. Joe Rixey, head of the Pentagon’s Defense Security Cooperation Agency, said Friday on a conference call with analysts from Saudi Arabia, according to a White House transcript. “When completed, it will be the largest single arms deal in American history.”

While the package includes deals that were begun under President Barack Obama’s administration — and initial steps toward others that may take years to complete — the final letter of agreement on the Littoral Combat Ships is the highest-profile element.

It includes a better-armed version of the ships, support equipment, munitions and electronic-warfare systems, according to the people, who asked not to be identified in advance of an announcement that may come as early as Saturday morning Washington time. That’s when Trump is scheduled to arrive in Riyadh on the first leg of an eight-day trip that will take him across the Middle East and to Europe.

The Trump administration is promising to improve relations with the Saudis that were strained under Obama. For its part, Saudi Arabia has pledged to buy billions of dollars of U.S. military equipment in the next decade and invest about $40 billion from its sovereign wealth fund in American companies.

The littoral ships, designed for shallow coastal waters, are part of a package of agreements on weapons sales that already had been approved in late 2015 by the State Department, which oversees the Foreign Military Sales program. Congress also approved the sale, but it wasn’t completed under Obama. From 2009 to 2016, the Obama administration approved $115 billion in potential sales to the Saudis.

Saudi Embassy spokesman Nail Al-Jubeir didn’t return an email and phone call seeking comment. Lockheed spokesman John Torrisi said in an email that “Foreign Military Sales are government-to-government decisions, and the status of any potential discussions can be best addressed by the U.S. Government.”

The announcements will include a letter of agreement completing a sale approved in August 2016 for about 115 M1A2 tanks made by General Dynamics Corp., as well as munitions, and heavy equipment recovery systems, according to two of the people. A formal agreement is expected for Lockheed to sell more Pac-3 Patriot hit-to-kill missiles, which already have been approved by Congress.

In addition, announcements are expected on intentions to proceed with a number of deals. They include an almost $18 billion program to upgrade Saudi Arabia’s military command-and-control structure and the sale of about 60 UH-60 helicopters from Lockheed for about $5 billion, according to one of the people.

Also anticipated is an announcement of the Saudi intention to buy Lockheed’s Thaad anti-missile system, which intercepts incoming missiles at higher altitudes than the Patriot. Thaad already has been sold to the United Arab Emirates, the first international customer, and its deployment by the U.S. to South Korea has created tension with China.

The contracts for all the transactions in the package will be managed by the U.S. government with the companies, which is standard under Foreign Military Sales contracts.

The modified Littoral Combat Ships, known as “Multi-Mission Surface Combatant Ships” would be the first international sale of the vessel, which includes munitions such as Raytheon Co.’s Evolved Sea Sparrow air defense missile.

The Saudi-bound ships are better-armed — and thus more expensive — versions of the Littoral Combat Ship, which has drawn withering criticism from some lawmakers and Pentagon testing officials in recent years over its reliability and its capacity to survive in combat.

“I have seen most of the same details, and they make sense,” John Cappello, a senior fellow for Middle East issues and missile defense issues, with the Foundation for Defense of Democracies, said of the planned deals in an email. “Missile defense is a Saudi priority, and we have been trying to get them to improve capability, especially naval capability, for some time,” he said.

Until recently, the Saudis were prepared to sign a letter of agreement for two vessels, but that’s been increased to four, said a U.S. official. The Saudi government will also announce its intention to buy four additional vessels later, one of the persons said.

Parts of the package may draw congressional criticism. A resolution to block the tank sale was introduced in September by several U.S. senators, including Republican Rand Paul of Kentucky and Democrat Chris Murphy of Connecticut. They cited allegations that Saudi aircraft were killing civilians in Yemen with U.S.-supplied munitions in attacks on Iranian-backed Houthi rebels. That resolution was defeated in September 2016 on a 71-27 vote.

Acknowledging concern about “Saudi Arabia’s track record in Yemen,” Mike Miller, the State Department’s director of regional security and arms transfers, said on the conference call that “this package includes a large training case for the Saudi Royal Air Force, which includes training on targeting and a lot of armed conflict, as well as on methods to minimize the risk of civilian casualties.”