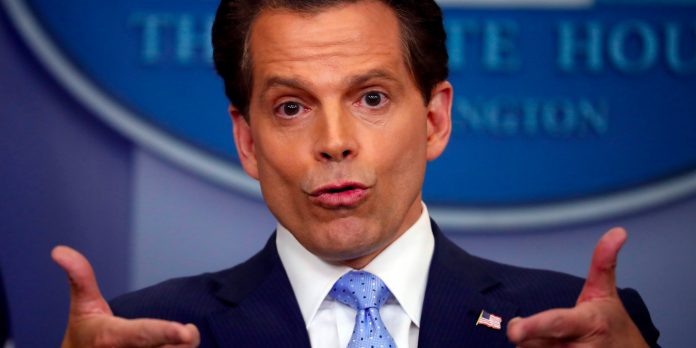 “Is it Steve Bannon?” Colbert asked.

“Well, I’ve said that,” Scaramucci said. “Listen, I’ve been pretty open about that.”

Colbert pressed Sacaramucci, asking him “Is Steve Bannon a leaker?” to which Scaramucci replied, “I said he was.

“I obviously got caught on tape saying he was, so I have no problem saying that,” Scaramucci said.

He added that Bannon would be fired “if it were up to me.” Read more at The HIll.