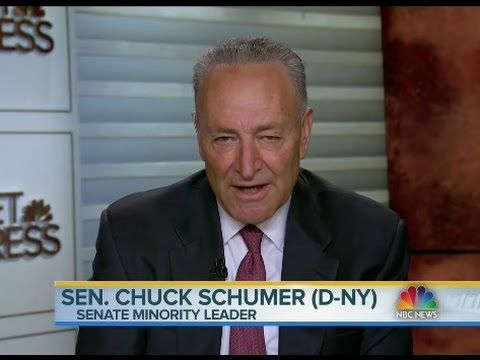 Senate Minority Leader Charles Schumer (D-N.Y.) on Sunday raised questions about President Trump’s claims that former President Barack Obama wiretapped Trump Tower before the election, THE HILL reports. In an interview on NBC’s “Meet The Press,” Schumer said Obama has “flatly denied that he has done this. And either way, Chuck, the president’s in trouble. If he falsely spread this kind of misinformation, that is so wrong,” Schumer said. “It’s beneath the dignity of the presidency. It is something that really hurts people’s view of government.

“On the other hand, if it’s true, it’s even worse for the president,” Schumer said. “Because that means that a federal judge, independently elected, has found probable cause that the president, or people on his staff, have probable cause to have broken the law or to have interacted with a foreign agent.” Schumer called that possibility “serious stuff.”