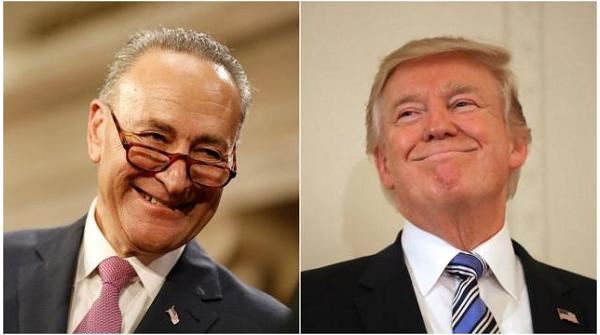 Democratic leaders Sen. Chuck Schumer and Rep. Nancy Pelosi said following a Wednesday night meeting with President Donald Trump that they have “agreed” to a fix on DACA and resolved to iron out a border-security plan.

In a statement following their White House dinner, Schumer and Pelosi said the parties had “agreed to enshrine the protections of DACA into law quickly, and to work out a package of border security, excluding the wall, that’s acceptable to both sides.” The bipartisan DREAM Act would be part of the arrangement, a person briefed on the meeting said. Read more at CNN.