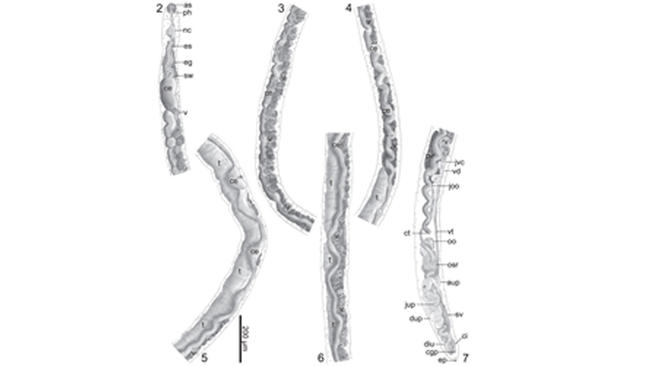 Other presidents have mountains named after them. They’re the namesakes for high schools, boulevards, space centers, libraries, airports, and elk. George Washington has the capital of our country named for him, for crying out loud.

But how many of them have the dubious honor of being the namesake for a parasitic worm?

World, meet Baracktrema obamai, a deadly turtle pathogen named in honor of our current president. Believe it or not, it’s supposed to be a compliment.

The new genus and species of parasitic flatworm was introduced this week in an article in the Journal of Parasitology. The tiny creatures, which are the thickness of a human hair, invade the lungs of freshwater turtles in Malaysia, often with deadly consequences.

Thomas Platt, a turtle disease expert who discovered the new species shortly before his recent retirement from St. Mary’s College, said that the name is meant to honor President Obama – not gross him out. Though most people (understandably) aren’t big parasite fans, Platt has a deep respect for the resilient little creatures.

They “face incredible obstacles to complete their [life cycles] and must contend with the immune system of the host in order to mature and reproduce,” he said in a statement.

Platt’s research also revealed that the worm is a relative of members of the genus Unicaecum, another turtle parasite. And both are more distant relatives of the worms that cause the disease schistosomiasis in humans. According to the Centers for Disease Control and Prevention, schistosomiasis infects as many as 200 million people in the year, second only to malaria as the world’s most devastating parasitic illness. The worms crawl into their hosts’ blood vessels and lay eggs, which can become lodged in victims’ organs and cause fever, muscle pain, liver problems, even seizures or cancer.

Understanding Baracktrema obamai’s relationship to Unicaecum can help scientists understand the evolutionary history of these parasitic diseases, Platt and his colleagues write. In turn, that will help researchers figure out how to treat them.

As he was delving into the phylogenetic tree of parasites, Platt had been conducting research on his own family history. In the process, he discovered that he shares a not-so-distant common ancestor with the president.

“I have named a number of species after people I admire, from my father-in-law, my Ph.D adviser, and good friends who are academics and/or amateur naturalists,” Platt said. “Baracktrema obamai will endure as long as there are systematists studying these remarkable organisms.”

The turtle worm joins a long list of creatures named for Obama, which includes a lichen, an extinct lizard (the “obamadon”), a species of trapdoor spider and another parasite. At this rate, perhaps the president is looking forward to leaving office.