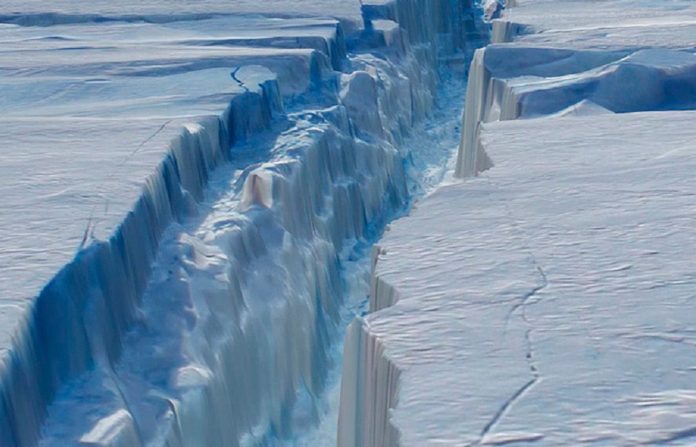 A crack in one of Antarctica’s largest ice shelves has reportedly grown 17 miles in the last two months, leading scientists to believe there could be a full break in the near future.

According to a report today in The New York Times, the crack, in an area already vulnerable to rises in global temperatures, known as “Larsen C,” has grown by the length of approximately five football fields a day since December 2016. The crack is now over 100 miles long, only about 20 miles from the other end of the ice shelf. A full break would crease one of the largest icebergs in recorded history, according to Project Midas, the research team monitoring the fault.

“The iceberg is likely to break free within the next few months,” said Adrian J. Luckman of Swansea University in Wales, a lead researcher for the team. “The rift tip has moved from one region of likely softer ice to another, which explains its step-wise progress.” A collapse would significantly alter the landscape of the Antarctic peninsula, which could create major problems in the area. Read more at THE NEW YORK TIMES.