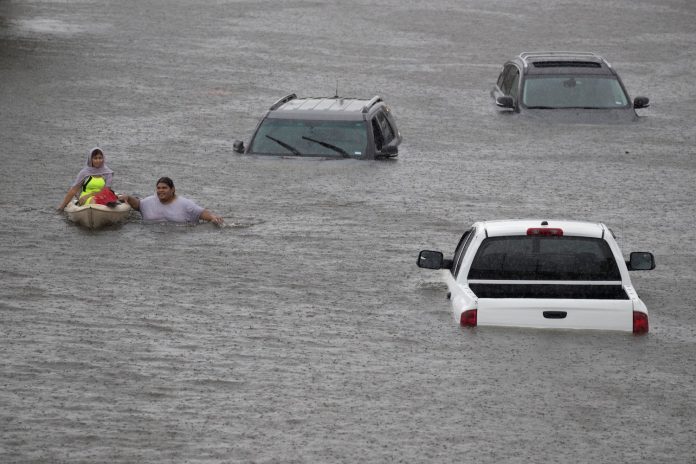 About 13 million people in the U.S. could face major flooding this spring in what federal scientists have warned could be a “potentially unprecedented” flood season. According to the National Oceanic and Atmospheric Administration, about two-thirds of the lower 48 states face an increased risk of flooding until May, with 25 states that could be hit with “major or moderate flooding.”

“The flooding this year could be worse than anything we’ve seen in recent years, even worse than the historic floods of 1993 and 2011,” Mary C. Erickson, deputy director of the National Weather Service, was quoted as saying by The New York Times.

Scientists are reportedly attributing the greater risk to expected “above-average rainfall” in coming months along with melting snow, potentially exposing more than 200 million people to floods. Read more at The New York Times.