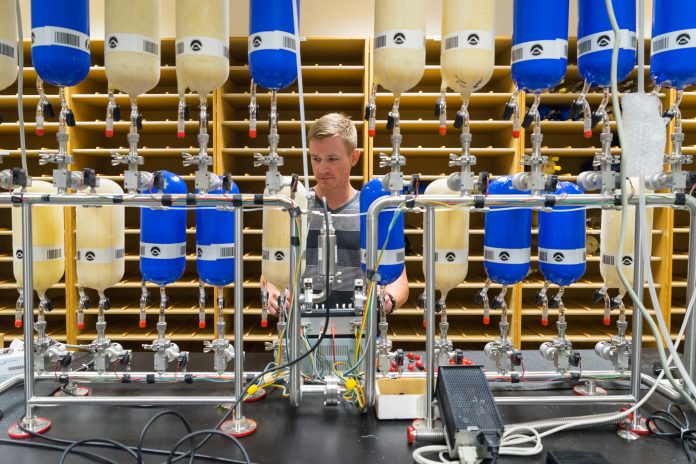 In a town that is 320 miles above the Arctic Circle, farther north than any other community in the United States, Bryan Thomas keeps watch on the atmosphere.

At the Barrow Observatory in Alaska, a small research facility that he leads for the federal government’s National Oceanic and Atmospheric Administration (known as NOAA), Thomas monitors invisible gases swirling through the air.

Among the most important: carbon dioxide, methane and nitrous oxide, greenhouse gases that “cause heat to be trapped in the Earth’s atmosphere,” Thomas told KidsPost last week. “The more greenhouse gases there are, the more heat is trapped.”

Because of scientists such as Thomas, we know that there are increasing amounts of greenhouse gases in the air, that the increase has come mainly from burning coal and other fossil fuels and from cutting down forests, and that as a result, the planet is warming and the climate is changing.

In January, NOAA and NASA announced that 2016 was the hottest year on record, marking the third year in a row that the global temperature record has been broken. Using data from tracking stations such as Barrow, scientists have determined that the planet’s average temperature has risen about two degrees since the late 19th century, when scientists began making yearly calculations.

“It doesn’t sound like much, but if you change the thermostat in your house by a couple degrees, it’ll change your experience notably,” says climate scientist Derek Arndt. “The climate that we share influences almost everything we do, from the crops we grow to the kinds of buildings that we build to the kinds of clothes that we need.”

Arndt leads a NOAA branch in Asheville, North Carolina, that acts as a sort of “scorekeeper for climate,” as he puts it, tracking weather and the atmosphere to determine trends and even estimate what the planet’s climate might look like in the future. To do so, he relies on the work of people such as Thomas, who lives in one of the world’s remotest places.

“The Arctic is important because there’s not as much development” as elsewhere in the world, Thomas says. The nearby town, once called Barrow and now known by its traditional name of Utqiagvik (OOT-KAY-ah-veek), is home to 4,300 people. That makes it the largest community in a wilderness of 89,000 square miles.

Barrow’s isolation, and a strong breeze that carries air from thousands of miles across the sea, means that the air Thomas collects is a good sample of the air in the atmosphere as a whole, he says. To get a complete picture of the Earth’s atmosphere, scientists take samples from 167 sites all over the world, including the South Pole. A NOAA lab in Boulder, Colorado, checks about 16,000 glass-bottle samples each year for carbon dioxide and other chemicals.

Thomas arrived at Barrow in 2007. Since then, he’s noticed that “there are changes happening in the Arctic environment, and they’re happening fast.” Temperatures at minus-40 and below, once common in the winter, are now unusual. Sea ice in the Arctic is also at historic lows, which seems to be affecting polar bears that rely on the ice to hunt for seals.

Thomas says he tries not to weigh in on exactly what is and isn’t caused by climate change. As a scientist, he says, he has only one “agenda”: “to keep the observatory running, to keep gathering the data and to give decision-makers the data” – key information on a fast-changing planet. 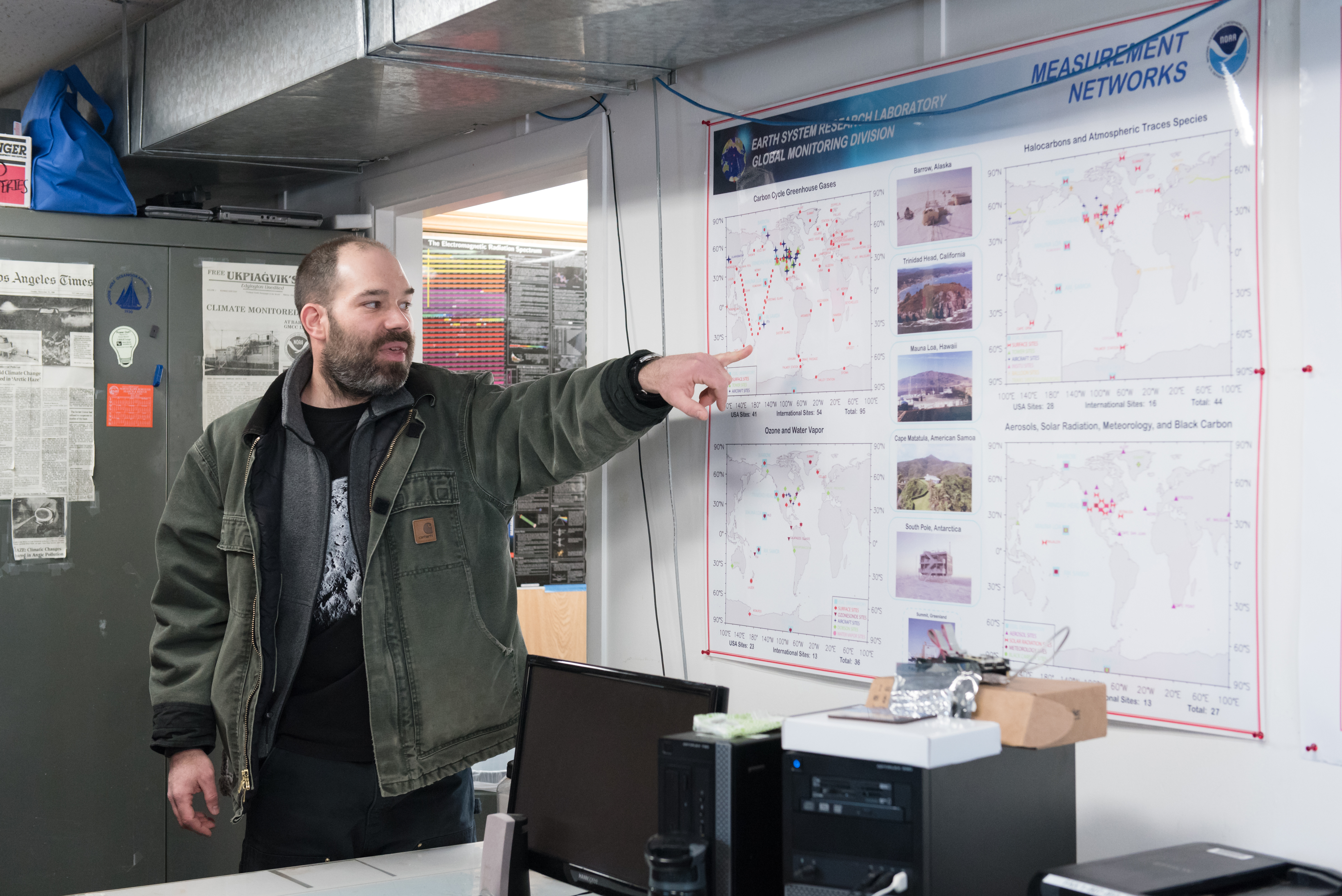 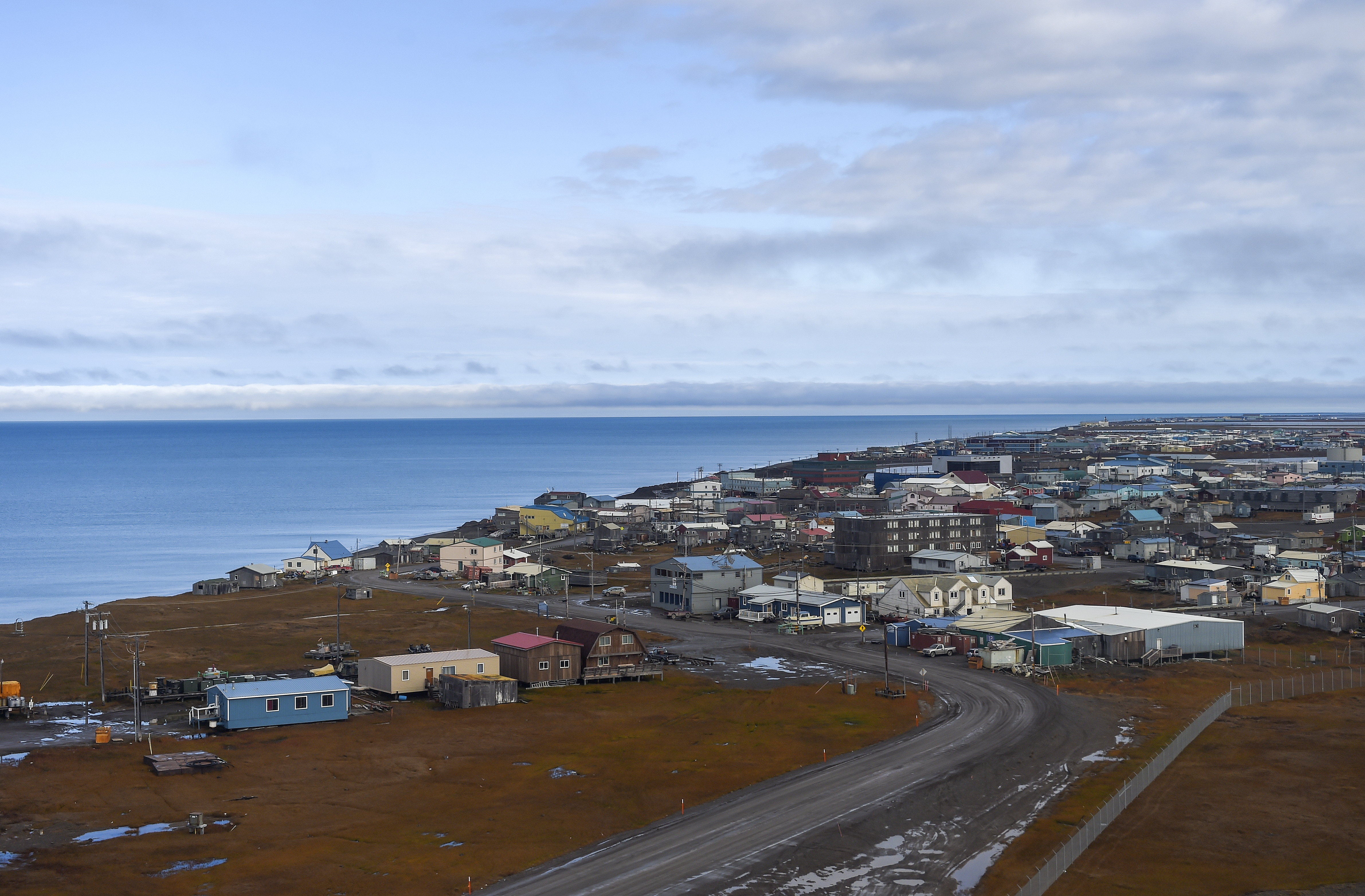 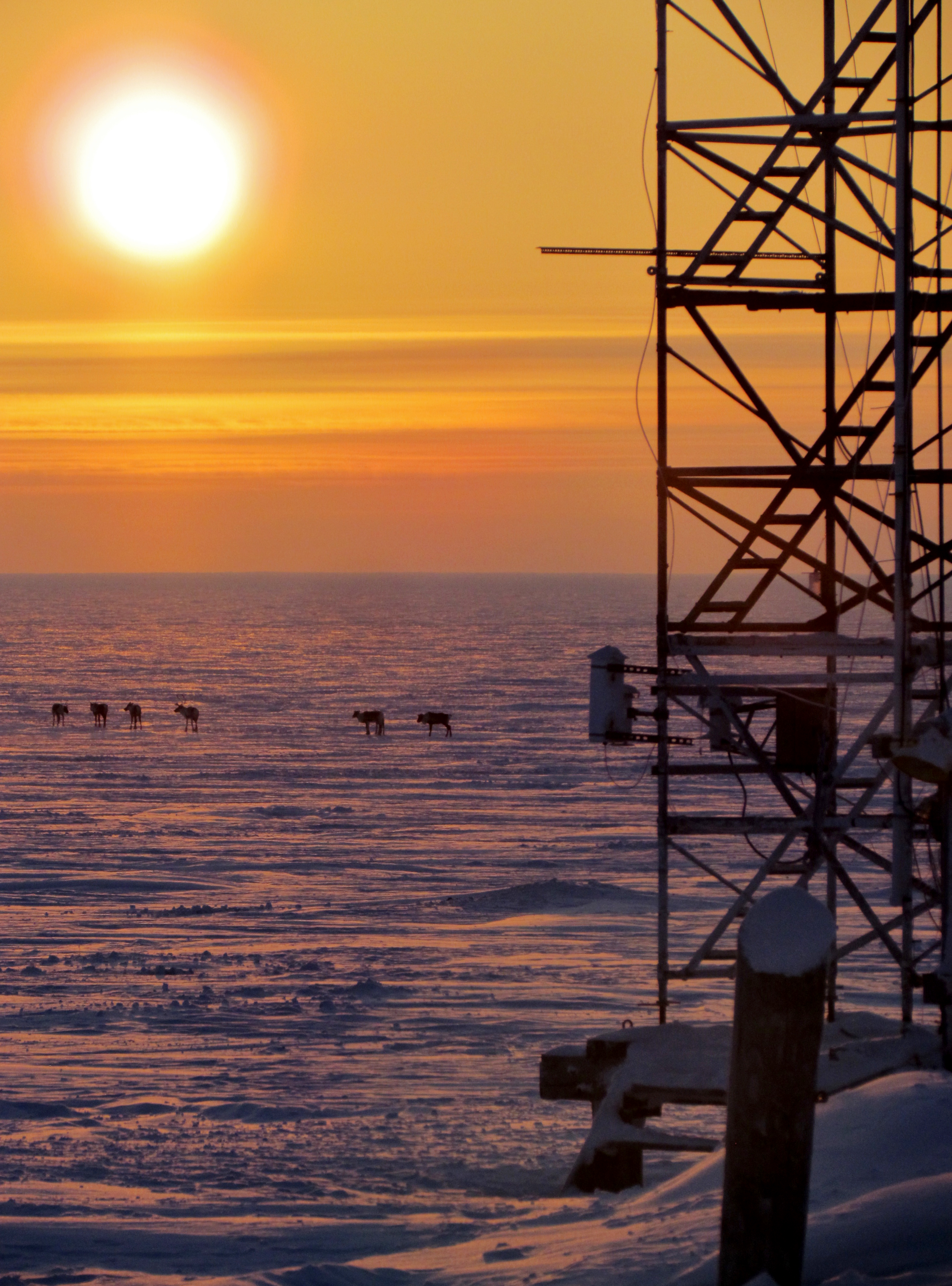