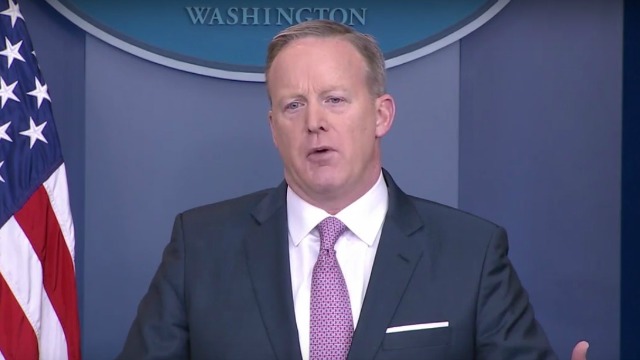 White House press secretary Sean Spicer may soon have another job in President Donald Trump’s White House, according to reports from Bloomberg and Politico.

Bloomberg reported Monday Spicer could be moved into a “more senior role focused on strategy.” Politico reported that Spicer is leading the search for his replacement as press secretary, and says Laura Ingraham is a top contender for the role.

Spicer, 45, was tapped to be Trump’s chief spokesman in December 2016. Before that, he worked as chief strategist and communications director for the Republican National Committee. Read more at Huffington Post.