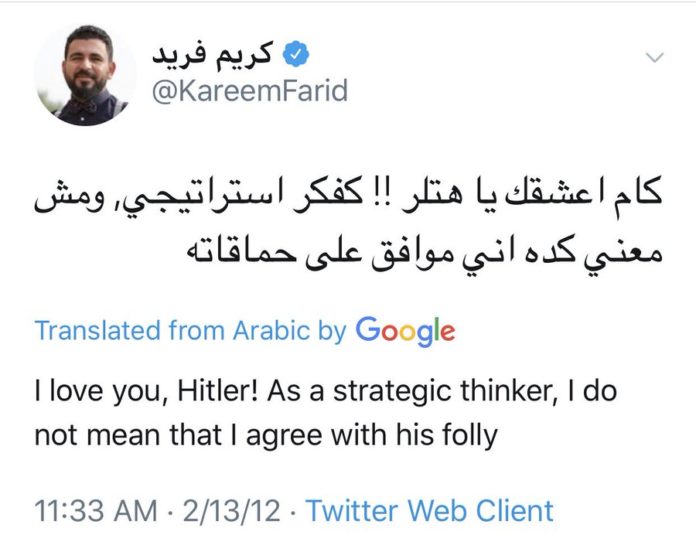 A second CNN contributor has apologized for tweets offensive to the Jewish community.

Kareem Farid, an unpaid presenter for a web video series on CNN Arabic, had come under fire for Arabic tweets from 2011 where he tweeted “I love you Hitler, and praised the Nazi leader for “his determination to reach his goal.”

He later apologized for the offensive tweets, saying in a statement quoted by JTA, “I was horrified to re-read some of my old tweets from 2011 during the emotional Arab spring events in Cairo. I have never been a supporter of Hitler or any of his believes and actions and these translated tweets are not a reflection of who I am and what I believe in.”

Farid said that he “deeply” apologized and added that he had learned from his mistake.