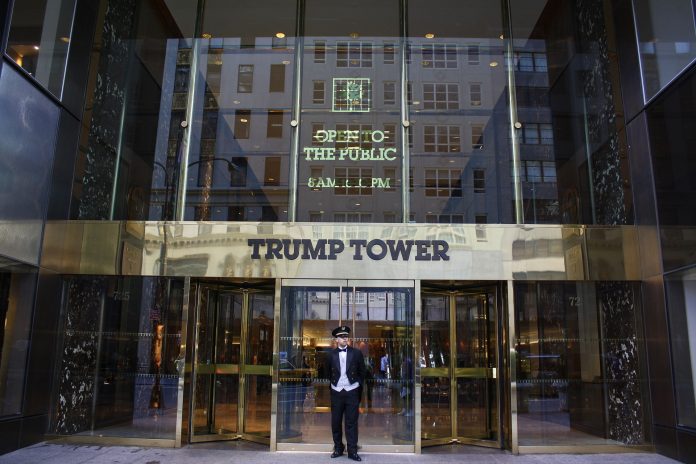 The New York Post reports that cops are scrambling to find a laptop — containing the floor plans for Trump Tower, details about the Hillary Clinton email probe and a slew of other sensitive information that could compromise national security — that was swiped from a Secret Service agent’s motorcycle in Brooklyn, police sources said.

The portable computer was stolen from the bike Thursday morning as it sat in the driveway of the agent’s Bath Beach home, the sources told The Post.

Several coins and a black bag with the Secret Service insignia on it, which were later recovered, were also stolen, in addition to the laptop — along with other sensitive documents, sources said. The thief showed up to the agent’s home in a separate car, walked right up to her motorcycle and took the items. He was then caught on video fleeing the scene.

The agent told investigators that the laptop held sensitive information about national security, the floor plans for Trump Tower, evacuation protocols and details about the investigation of Hillary Clinton’s private email server. While none of the info pertains to White House officials or foreign leaders, she said it could ultimately compromise national security. Read more at the New York Post.