As if air travel over the Thanksgiving holiday isn’t tough enough, it could be even worse this year: Airports could see even more disruptions because of a loosely organized Internet boycott of full-body scans.Even if only a small percentage of passengers participate, experts say it could mean longer lines, bigger delays and hotter tempers.

The protest, National Opt-Out Day, is scheduled for Wednesday to coincide with the busiest travel day of the year. The Obama administration’s top transportation security official implored passengers today not to participate, saying boycotts would only serve to “tie up people who want to go home and see their loved ones.”

“Just one or two recalcitrant passengers at an airport is all it takes to cause huge delays,” said Paul Ruden, a spokesman for the American Society of Travel Agents, which has warned its more than 8,000 members about delays resulting from the body-scanner boycott.

“It doesn’t take much to mess things up anyway – especially if someone purposely tries to mess it up.”

Body scans take as little as 10 seconds, but people who decline the process must submit to a full pat-down, which takes much longer. That could cause a cascade of delays at dozens of major airports, including those in New York, Los Angeles, Chicago and Atlanta.

“I don’t think it would take that much on the busiest day of the year to slow things down,” said Gerry Berry, a Florida-based airport security expert. “If I was an airport guy, a screener, a traveler – I’d be concerned.”

Not all airports have the machines, which resemble large refrigerators. And not all travelers are selected for scans. But Berry estimated that up to 20 percent of holiday fliers will be asked to use the full-body machines – meaning tens of thousands could be in a position to protest.

The full-body scanners show a traveler’s physical contours on a computer in a private room removed from security checkpoints. But critics say they amount to virtual strip searches.

The protest was conceived in early November by Brian Sodergren of Ashburn, Va., who built a one-page website urging people to decline the scans.

Public interest in the protest boomed this week after an Oceanside, Calif., man named John Tyner famously resisted a scan and check at the San Diego airport. A cell-phone video of the incident went viral.

Other groups have since taken up Sodergren’s cause.

“I had no idea what was being started and just how upset people were,” said Sodergren, a health industry employee. “I’m just a guy who put a website up.”

Pat-downs often take up to four minutes, according to the TSA’s website, though that could be longer if someone requests it be done in a room out of public view or if an ill-at-ease traveler asks for a full explanation of the procedure beforehand.

Factoring in those time estimates, it would take a total of around 15 minutes to put 100 people through a body scan – but at least 6 hours to pat down the same number of travelers.

The TSA’s Chicago spokesman, Jim Fotenos, would not disclose how many travelers are normally selected for scans. He said only “a relatively small percentage” normally need pat-downs.

Fotenos declined to say if the agency was taking precautionary steps ahead of the protest, saying only that passengers can make their experience better “by coming prepared and arriving early.”

On Friday, TSA head John Pistole told CBS’s “The Early Show” that the close-quarter body inspections are unavoidable in a time of terrorist threats.

Pistole acknowledged the public distaste for more intense security, particularly hand pat-downs, and called it a “challenge” for federal authorities and airport screeners.

Also Friday, the TSA agreed to allow airline pilots to skip security scanning and pat-downs. According to pilot groups, pilots in uniform on airline business would be allowed to pass security by presenting two photo IDs, one from their company and one from the government, to be checked against a secure flight crew database.

David Castelveter, a spokesman for the Air Transport Association, which represents the airline industry, declined to speculate whether the protest would trigger delays.

“It is impossible to assess how many people will take part, but we would be disappointed if many travelers did participate on one of the busiest days of the year,” Castelveter said.

He said airlines always urge customers to show up early during peak holiday travel times and were not suggesting any changes specifically because of the protest.

Delta Air Lines planned to have extra staff in place as it normally does during a holiday travel period. Spokeswoman Susan Elliott said the company was not taking any extra precautions in case of widespread protests.

Southwest Airlines Paul Flaningan said only that his company was “aware of what is being talked about, and we are in constant communication with the TSA.”

He said Southwest was not bringing in extra workers specifically because of the threatened protest.

Karen Pride, a spokeswoman for Chicago’s Department of Aviation, which oversees O’Hare and Midway airports, would say only that the airports planned to bring in extra workers for the holiday, but she declined to address the potential effect of the protest.

Sodergren sounds much less strident than many critics of screening procedures. And he says he’s not trying to cause disarray at airports.

“I have no idea what’s going to happen,” he said “I don’t think it will be chaos. And I have no desire to slow the system down.”

But some protesters are aiming to do just that.

Another participating organization called “We Won’t Fly” features a blurb at the top of its website that says, “Jam TSA checkpoints by opting out until they remove the scanners.”

Organizer James Babb of Eagleville, Pa., agreed many travelers would see the pat-down as equally intrusive or more so. But he’s still recommending the pat-down because, he says, it would create more disruption and send a stronger message.

Passengers cannot opt out of both the scan and the pat-down once they have been selected for the enhanced searches, according to TSA rules. If they then try to evade the measures, they could face an $11,000 fine.

Even if someone in a security line becomes frustrated and decides not to fly, TSA rules require they submit to a scan or pat-down. If people were allowed to walk out, the agency says, would-be terrorists would have an easy escape. 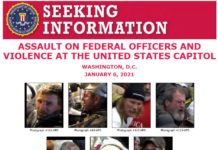