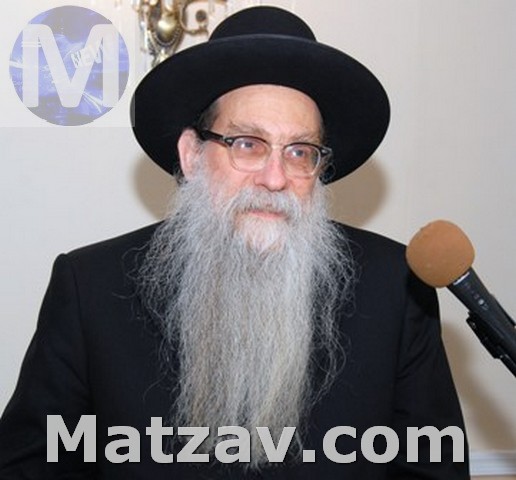 Every so often a new Sefer comes along that will not only take over a Yom Tov – it will imbue it with new meaning and much deeper understanding. Generally speaking this can either happen in Talmudic and halachic lomdus or in ruchnius and Hashkafah.

Rav Yeruchem Olshin’s new sefer (or, rather, seforim), Yare’ach LaMoadim on Sukkos – does it in both. The first volume (589 pages) is devoted to shiurim in lomdus and halacha. The second volume is devoted to ma’amarim (648 pages). The shiurim and maamarim are a compilation of years and years of thought, and it is easily seen in the sheer depth and exhaustive nature of the material. The volumes were dedicated by R’ Charles Groe and
R’ Tzvi Lichtschein. 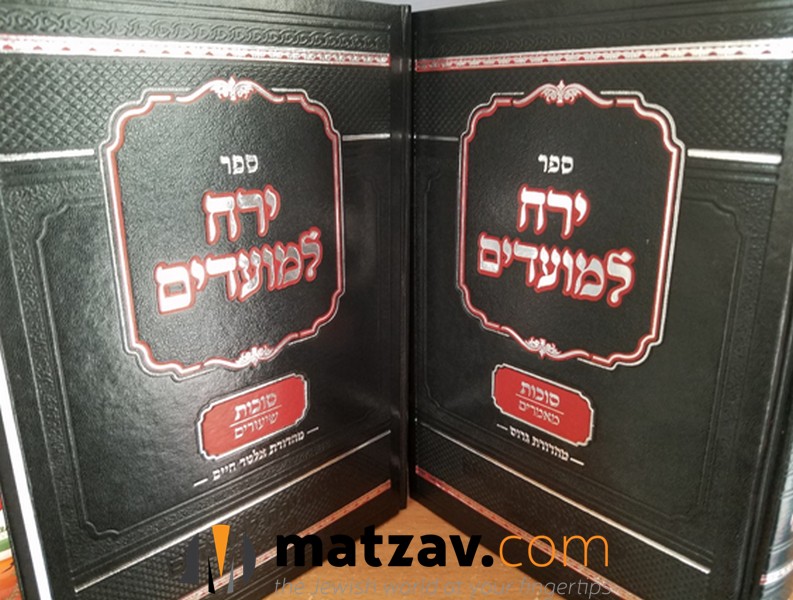 The Sefer was collated by Rav Olshin’s son, Rabbi Yisroel Shraga Olshin Shlita, a Rosh Chaburah in BMG. The superb editing was done by Rabbi Moshe Gruen, who has been editing the series. Each volume has a general table of contents and a very extensive and detailed table of contents as well. There is no index, however, which will hopefully be added in further editions.

The sixty-six shiurim in the first volume contain numerous Chiddushim and insights into various topics and chakiros. In a shiur on the bracha of shehecheyanu as it pertains to the Sukkah, the Yom Tov, and the 4 minim(Vol. I page 43), Rav Olshin cites a chiddush of Rav Binyamin Paler zt”l (1908-2000). Rav Paler was one of the foremost students of the Brisker Rav, and the chidush answers a question posed by the Dagul Mirvavah on a ruling of the Ramah by stating that the shehecheyanu of a Sukkah does not stem from the shehecheyanu of the holiday, but from another source. Later (p. 45), Rav Olshin demonstrates otherwise.

In his introduction, Rav Olshin recalls how Rav Shneur Kotler zt’ would say that Yomin Tovim do just come and pass. Rather, each and every Yom Tov is a step in the spiritual climb of a Ben Torah. This is specifically true in regard to Sukkos which embodies the entirety of a Ben Torah and Yeshiva student – in that the whole year they are immerses in the Ananei HaKavod – the Clouds of Glory. Each Jew merits a remarkable ascent through the Sukkah and the other Mitzvos of the holiday.

But what are these iron pliers of which we can hold the lofty spirituality of the Yomim Nora’im and Sukkos with us? Rav Olshin quotes Rav Yitzchok Ben Moshe Aramah (1420-1494), author of the Akeidas Yitzchok (Parshas Emor Shaar 67) who says that in-depth study is the essence of a Sukkah and its purpose. Rav Olshin explains that Rav Aramah’s intent was that true dveikus can be achieved through in-depth learning.

The ninety-two Maamarim of this volume span the entire gamut of the Sukkos Yom Tov from its location in the trilogy of Elul, Yomim Noraim and Sukkos to the end of Shmini Atzeres.

Did you ever wonder why we can buy the arbah minim during the aseres yemei teshuvah, but we don’t build a Sukkah before Yom Kippur? In the volume on ma’amarim, Rav Olshin deals with this question (p. 37) and many more like it. He deals with Rav Eliyahu Shapira’s (1660-1712) attempted answer in his Eliyah Rabbah (See OC 625:1) that in case we were punished with galus – exile on Yom Kippur, our exiling ourselves from the house into the Sukkah can serve to fulfill this punishment. Building the Sukkah earlier would negate this re-interpretation of the punishment. Rav Olshin is unsatisfied with this response because going into the Sukkah has always been a positive and uplifting experience – while this answer has a pejorative aspect to leaving the house into the Sukkah. Rav Olshin prefers to explain it by using a Chasidic idea [interesting for a Rosh Yeshiva of the premier Litvish Yeshiva in the United States] of the author of the Shaim MiShmuel (Rav Shmuel Bornsztain 1855 – 1926) that the Sukkah is a microcosm of the Beis HaMikdash. The Shaim MiShmuel cites a Zohar (Vol. II 221:1) that the Satan was searching for an excuse to negate the presence of the Shechina in Mishkan by finding something stolen in the the donations given to it. Based upon this, the Shaim MiShmuel explains the inherent invalidity of a stolen Sukkah.

Rav Olshin explains that the building of the Sukkah must be after Yom Kippur so that our building of it will be in a state of purity. When we are pure, the Sukkah can thus reflect its true nature of being a microcosm of the Beis HaMikdash.

Rav Olshin notes later that he saw the same thought in the works of Rav Shlomo Kluger zt”l (1783-1869), the Rebbe of the Beis HaLevi.

Rav Olshin’s tzidkus is also seen in how he meticulously cites the origin of where he saw every insight and every nuance of a reading or understanding of a concept.

The two volumes are available for a very reasonable $25 at most fine Seforim stores. It is the perfect gift for a learned baal habayis, a seasoned Talmid Chochom or a husband learning in Kollel.

The author of this review can be reached at yairhoffman2@gmail.com