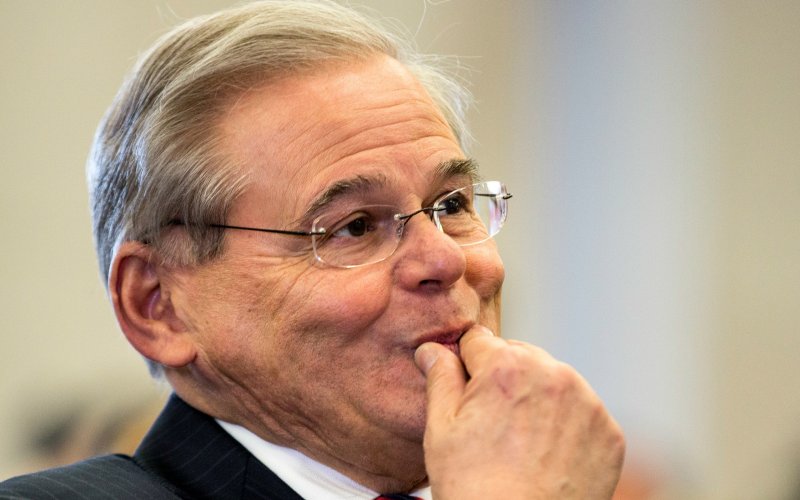 Sen. Robert Menendez, D-N.J., plans to take steps next month to force the Justice Department to decide whether to retry him on corruption charges if it has not done so by then – saying that public comments by jurors in his trial bolster his doubts about the government’s case.

If charges are dropped, Menendez said Thursday, he also expects to reclaim his perch as top Democrat on the Senate Foreign Relations Committee, a position he voluntarily relinquished in 2015 when he was indicted on corruption charges.

The senator’s months-long trial ended last month when jurors deadlocked, and the Justice Department has not announced whether it plans to retry him.

Defiant in his first extended public comments since the trial, Menendez told a group of Latino reporters in his Capitol Hill office that he believes a decision from prosecutors “must come within the next 30 days.”

If prosecutors don’t make a decision by mid-January, “we would have the ability to present a motion to say ‘prosecute or dismiss.’ And if you want to prosecute, bring it on,” he said.

After the mistrial, jurors in the case against Menendez and the doctor on trial with him, Salomon Melgen of Florida, said that the jury came close to an outright acquittal, with 10 jurors finding Menendez not guilty and two voting that he was guilty.

“You can have a hung jury that’s 10-2 against you and two people just couldn’t agree, but when it’s 10-2 for you – and it’s not just the numbers, it’s what they said about the government’s case – I believe that’s the end of it,” Menendez said.

Prosecutors said Menendez took gifts from Melgen, including a luxury hotel stay, private-jet flights and campaign donations. In exchange, they alleged, Menendez tried to help Melgen get U.S. visas for his girlfriends, intervened in the doctor’s $8.9 million billing dispute with Medicare, and assisted with a port security contract of the doctor’s in the Dominican Republic.

Melgen is awaiting sentencing for a previous conviction for defrauding Medicare. The two men were on trial for bribery, and Menendez was also accused of lying on government disclosure forms about his finances when he did not report gifts of flights paid for by Melgen – an omission the senator calls an oversight, not a criminal lie.

Menendez said he spent a considerable amount of time with Melgen and his family during the trial. “I still have the greatest affection for them, and I wish him well.”

A new trial could be politically perilous for Menendez, 63, who faces reelection next year. On Thursday, he declined to say whether he will seek another term.